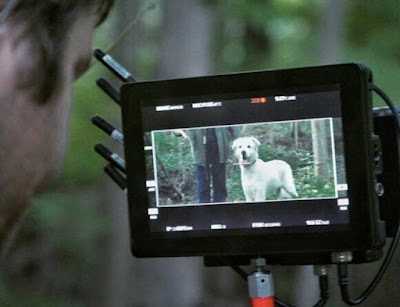 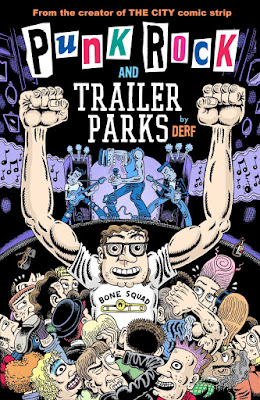 I've been getting a lot of inquiries about where to purchase copies of Punk Rock & Trailer Parks, my first book (from 2010), especially as its follow-up, The Baron of Prospect Ave. webcomic picks up steam this summer. You can read that HERE

Unfortunately, SLG Publishing, the publisher of PR&TP, really isn't in the comics game anymore. It was the victim of the corporate conspiracy between Diamond and the big comics companies to force smaller companies' books right off the racks and out of mainstream comic book shops. It sucks, but that's the way it is.

SLG now only re-supplies Amazon. They don't sell copies in their online SLG Store anymore, and bookstores can't get it wholesale either. So it;'s Amazon or nothing. The 1st edition is gone. It started selling briskly after My Friend Dahmer and then, alas, a roof leak at the SLG warehouse destroyed the remaining copies. But a nice 2nd edition has been printed, with much better paper, and the horrendously bad trim has been fixed. Trust me, you're better of with the 2nd edition. Buy it HERE

Now, French readers will have no problems getting a copy. Punk Rock et Mobile Homes is, I'm told, still selling briskly and remains in print from the fine folks at Editions çà et là, with additional printings scheduled. Pick up a copy at your favorite BD Librarie.
Posted by Derf Backderf at 1:14 PM

Finally got a copy of this. here's the acceptance speech I wrote about in the lengthy Comic-con blog post below. I can not-so-humbly report that it brought the house down at the ceremony. The rest of the weekend, I was congratulated more for this speech than for the Eisner!

Excuse the shaky hand of my editor, who was filming this with his phone. It gets steadier as it goes along, so no barf bag will be required.

Posted by Derf Backderf at 1:27 PM