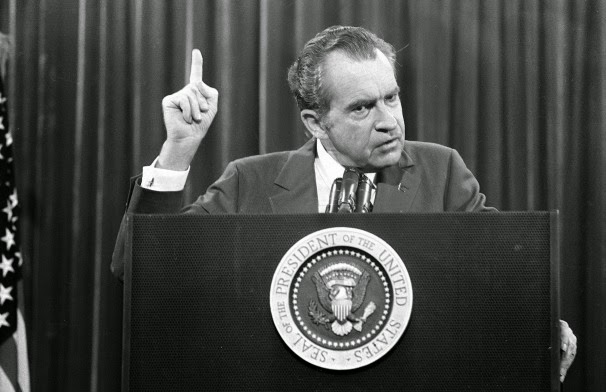 Yeah I remember Nixon. He became president when I was 8 years old, and resigned when I was 14. I really have no memories of politics before him. I very clearly remember  his resignation speech. I was sleeping over at my friend Dale's house, as another languid summer vacation drifted by. It was a Friday evening and we were vegging to the back-to-back lineup of Kung Fu, The Six Million Dollar Man and Kolchak, the Night Stalker, when the networks cut away to the White House.

I don't recall feeling much of anything. Surprise, maybe. After all, Nixon had been president pretty much my entire cognizant life. Seemed like he'd always be president! I'd heard of Watergate, but didn't understand it. My parents never talked about politics in front of me. I didn't even know their party affiliation!

Hunter Thompson, as always, described Nixon best. His obit for Tricky Dick is essential reading on this anniversary.

"If the right people had been in charge of Nixon's funeral, his casket would have been launched into one of those open-sewage canals that empty into the ocean just south of Los Angeles. He was a swine of a man and a jabbering dupe of a president. Nixon was so crooked that he needed servants to help him screw his pants on every morning. Even his funeral was illegal. He was queer in the deepest way. His body should have been burned in a trash bin."

As usual, the news channels are spewing out pieces about what happened 40 years ago. It's mostly shit, and I can confidently write that having seen none of it.


My wife and I celebrated the 40th anniversary of Nixon and Watergate by watching ALL THE PRESIDENTS MEN. It's a great film, if you haven't seen it in awhile, and the type of major movie Hollywood simply doesn't make anymore. There's little action, no enhanced drama, no Oliver Stone-esque fabrications. But it's brilliantly written and directed, with outstanding performances throughout. For teenagers like us in 1976 who were thinking about careers in newspapers, it was (and is) inspiring.

You can make the argument that ALL THE PRESIDENTS MEN was the last big film of the post-studio Hollywood Era. Maybe ANNIE HALL, although that was really the first big indy hit. ATPM was a major studio release.   All those grungy, realistic, anti-heroic films from the late Sixties to late Seventies. A year later came the phenomenon of STAR WARS and movies changed forever. There's no way ATPM would be made today. It'd be an HBO series.

All these years later, it amazes me that such an immoral, petty sociopath like Nixon could be elected President. And it fills me with dread, that if Watergate happened today, it would not be reported at all by the downsized, dumbed-down, modern press. Two reporters spending years on an investigation, with no end in sight and an uncertain resolution? Where's the slideshow and click bait in that? Not to mention that today's corporate media crumbles under pressure from political powers. There's no profit in being a watchdog.

Even if by some miracle it was reported in the same way, it would all be suppressed or chewed up in partisan politics and grandstanding. The Rightwing Noise Machine would swing into action and the truth would be obliterated under an avalanche of bellows and bile. Nixon would survive were he in the White House in 2014! The great lesson of Watergate wasn't: don't do illegal things. It was: don't get caught... and if you do, muddy the investigation to the point know one can be sure and deny, deny, deny. Dick Cheney is the hideous mutant offspring of Richard Nixon.

Here's a few recommendation for you history buffs.

Woodward & Bernstein are still at it, and this piece, a look back at the paranoia and vindictiveness that drove Nixon, is excellent. In it they discuss the Five Wars of Richard Nixon. Not Vietnam, but the wars Nixon waged solely on his own behalf: against his Democrat opponents, against the press, against the antiwar movement, against justice and, finally, against history itself, as he spent the rest of his life subversively trying to repair his image and his place in history. 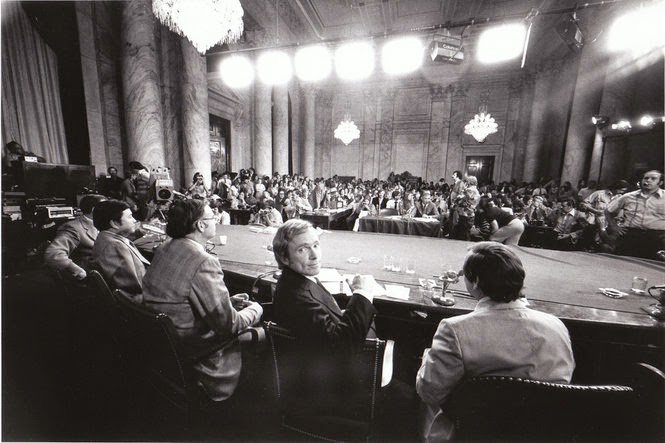 My other recommendation is a rather bizarre episode of PBS' Secrets of the Dead. Dick Cavett's Watergate recounts how an amiable talkshow host became one of the major players in Nixon's plummeting fortunes, perhaps the first time a television figure inserted himself into politics in a big way. Cavett had such an effect on popular discourse and opinion, that he and his staff became targets of the White House's infamous dirty tricks. All were audited by the IRS!

Not surprisingly, what I remember best about Watergate are the cartoons. My first memory were the ones in Mad magazine, not exactly known for it's hard-hitting political humor back then. Hey, we all gotta start somewhere! 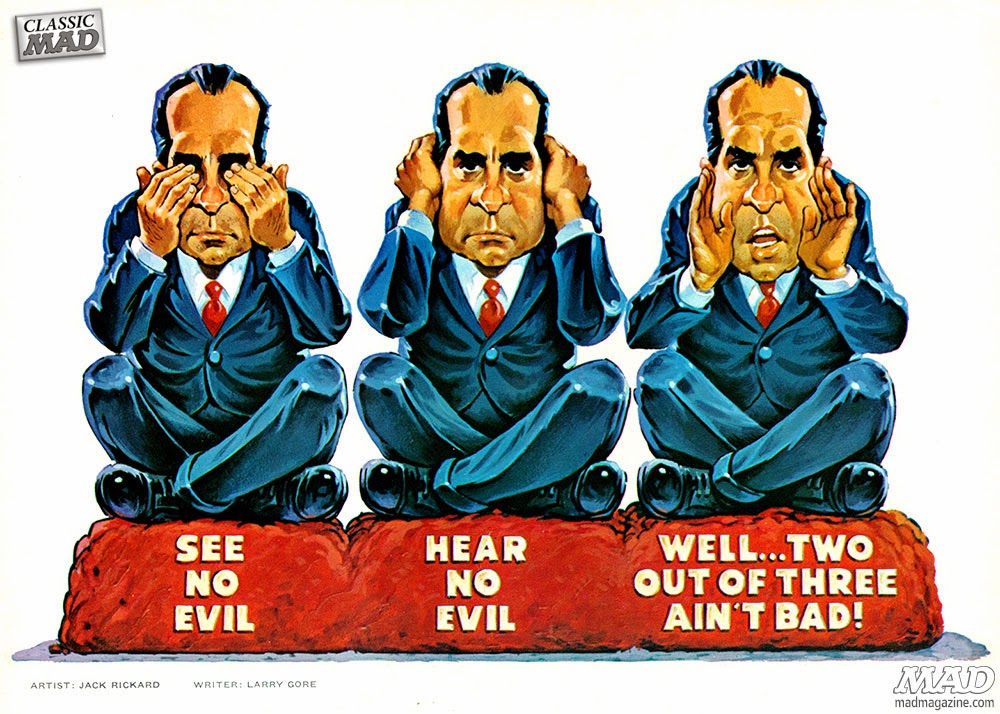 Then I began to notice the cartoons in the local newspaper, the Akron Beacon Journal, particularly those of Herbert Block and Paul Conrad. Watergate was the high-water mark of political cartooning in this country. It's been a long, sad slide down to total irrelevancy since. 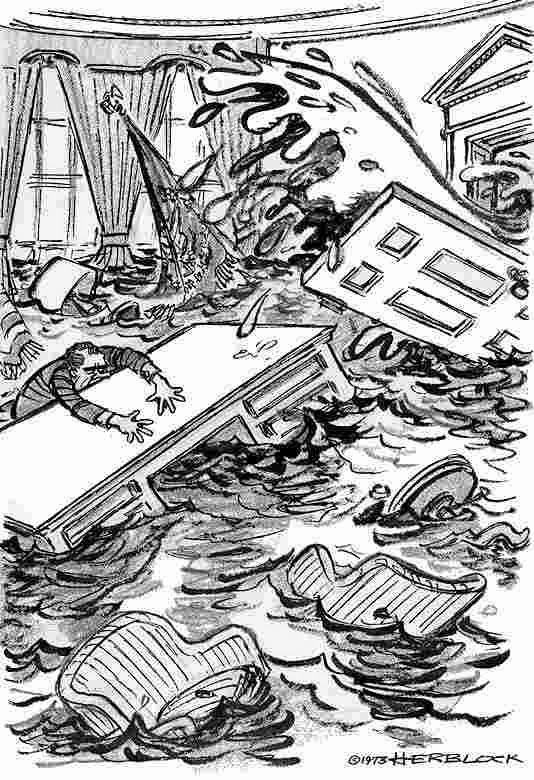 Conrad, drawing for the otherwise conservative LA Times, was particularly devastating. Nixon pressured the Chandler family, owners of the paper and faithfully arch-conservative and longtime Nixon supporters, to sack the cartoonist, but publisher Otis Chandler, a blacksheep who ran the news operation, held firm. Paul Conrad was the only cartoonist on Nixon's Enemies List. 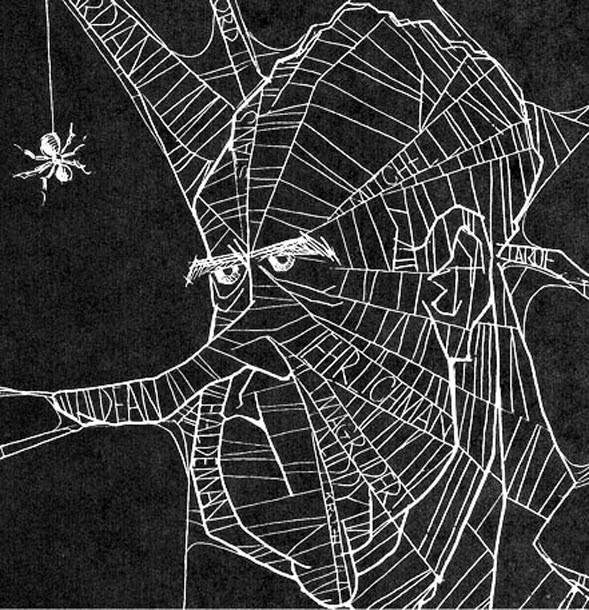 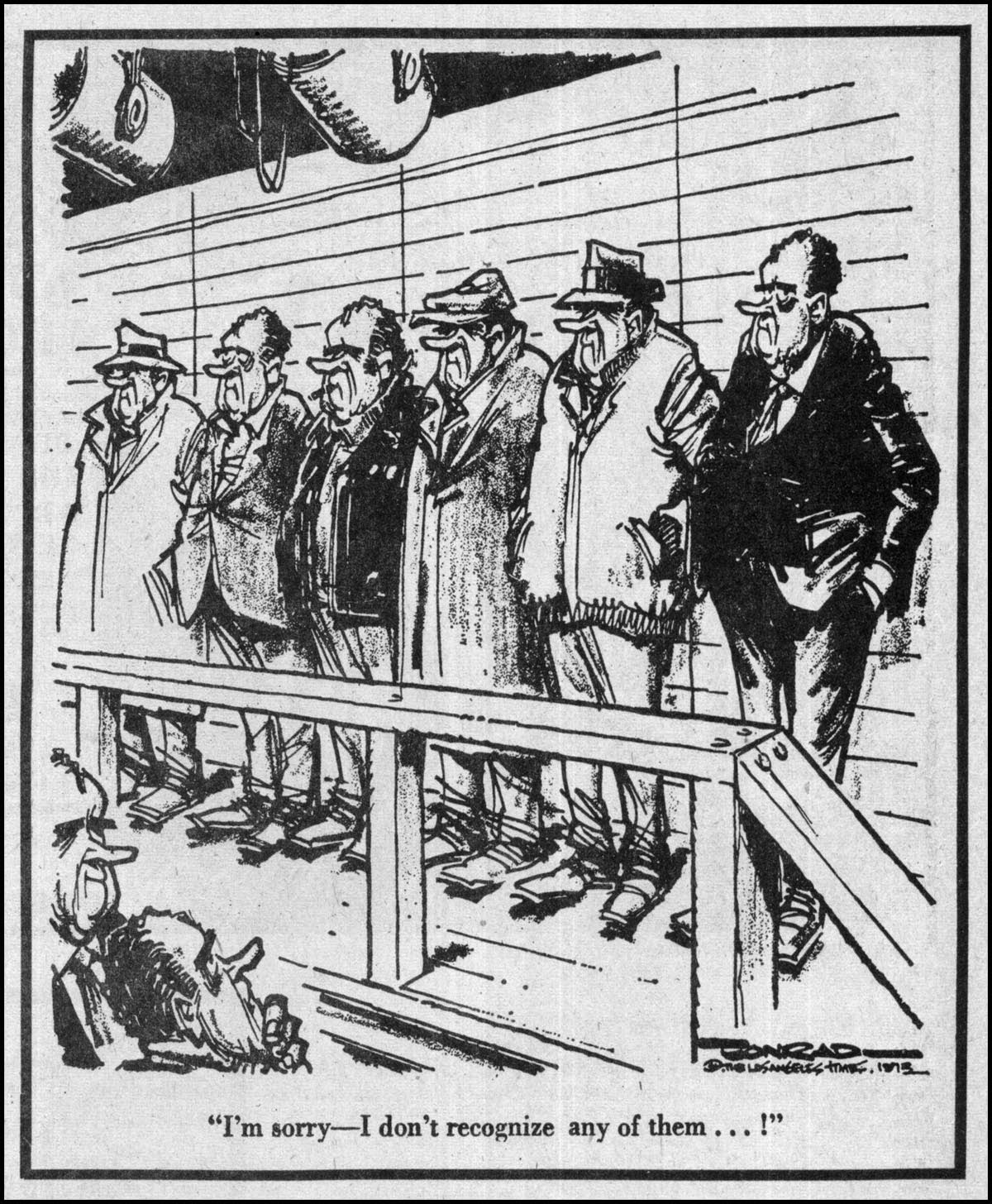 And finally, it was Nixon's crimes that inspired me to try my hand at political cartoons. I'm pretty sure this is my first stab at the genre, from the text I'm guessing it was during the 1972 campaign, so I would have been 12 years old! 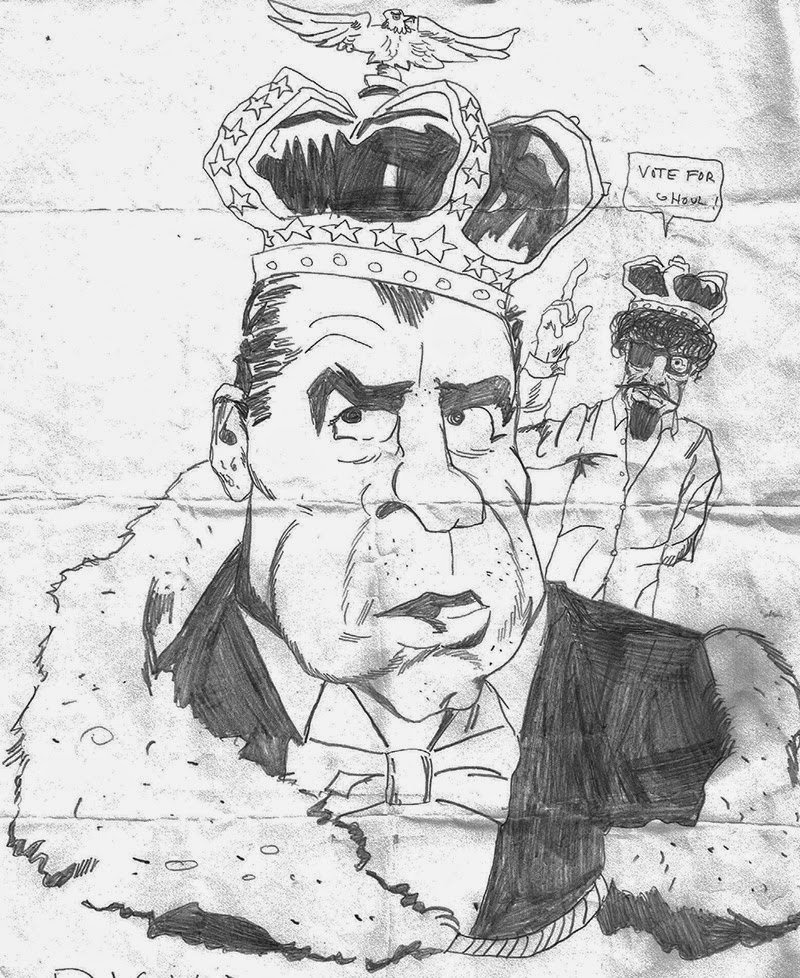 That's not a bad Nixon. No doubt I copped it from someone. The Ghoul in the background there was a popular Cleveland monster movie host. Combining psychotronic pop culture with politics would later become my trademark. Guess I was wired for that!

So here's to you, Dick. Forty years and politics... and journalism... and cartoons... haven't been the same without you.

Posted by Derf Backderf at 4:39 PM