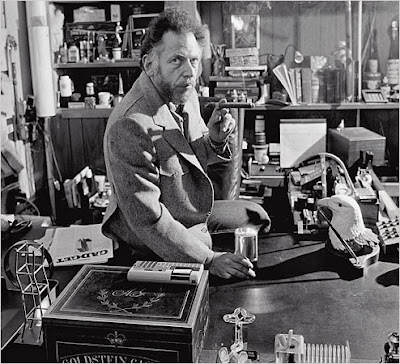 Screw's manifesto was “We will apologize for nothing. We will uncover the entire world of sex. We will be the Consumer Reports of sex.” It's a promise he kept. It's not as if I was a fan of the mag, or admire Goldstein in any way. I just have a grudging appreciation for someone who takes an unpopular, even dangerous, stand. Whether he believed he was pursuing a greater good, or was simply a sleazy pervert wrapping himself in the Bill of Rights, or was just plain nuts, is beside the point.

The NY Times writes of Goldstein "Apart from Screw, Mr. Goldstein’s most notorious creation was Al Goldstein himself, a cartoonishly vituperative amalgam of borscht belt comic, free-range social critic and sex-obsessed loser who seemed to embody a moment in New York City’s cultural history: the sleaze and decay of Times Square in the 1960s and ‘70s. A bundle of insatiable neuroses and appetites (he once weighed around 350 pounds), Mr. Goldstein used and abused the bully pulpit of his magazine and, later, his late-night public-access cable show, “Midnight Blue,” to curse his countless enemies, among them the Nixon administration, an Italian restaurant that omitted garlic from its spaghetti sauce, himself and, most troubling to his defenders, his own family."

Goldstein closed Screw in 2003 after publishing over 1,000 issues, declaring the internet had bankrupted him. He spent the rest of his life in and out of Bellvue, sometimes homeless. To the surprise of no one, he essentially rotted away. It's the price a social revolutionary usually pays. 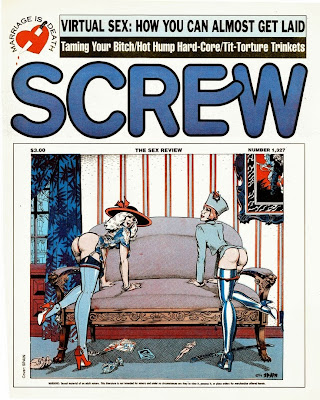 From a comix standpoint, however, he was one of the good guys. Screw covers featured a who's who of underground comix: Spain Rodiguez, Danny Hellman, Kim Deitch, Wally Wood, Paul Kirchner, even Robert Crumb. Goldstein, unlike Hefner, a failed cartoonist who meddled constantly with cartoonists' work (he made Harvey Kurtzman miserable), was reportedly great to work for. He'd print anything and his checks always arrived promptly. You'd be surprised how often the latter wasn't the case, even with "legit" publications. In truth, he didn't give a shit about the covers. But he had the sense to hire art directors who did. At the very least, he appreciated that the covers sold his magazine. That's more than most publishers.

One of his art directors, Steven Heller,  recalls  in the NY Times what it was like to work for Goldstein.

Cartoonist Danny Hellman has put together a great blog of Screw covers. 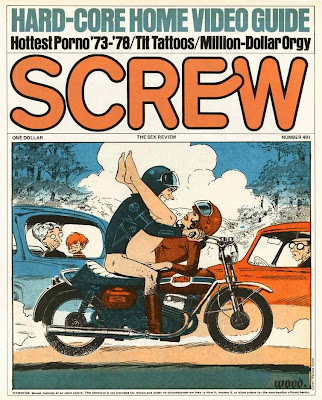 I never tried to land a Screw assignment. Certainly my stuff wouldn't have been much interest in the Eighties, when I was struggling to find my style and voice, but I could have made an attempt in the Nineties. I wish I had.

Posted by Derf Backderf at 4:04 PM