The White Middle Class Suburban Man book that never was

Back in 2002, I was coming off the critical and modest commercial success of my debut graphic novel, Trashed #1 (well, not really a novel, since it was only 50 pages long), and had recently self-published the My Friend Dahmer comic book, which would garner even more attention. Both books, in fact, would be nominated for Eisner Awards. So I was feeling pretty good about myself and where my career was heading. My next project was to be a White Middle Class Suburban Man graphic novel, all original and a projected 150 pages.

Now at the time, the weekly papers where I made my living were starting to wobble, but were still going strong. Craigslist had just expanded from a few cities to nationwide and social media was in its infancy. Both those things would soon suck all the revenue (and the comix) out of weekly papers. The intertube was rapidly extending its reach into our lives, but was not yet all-pervasive. Hell, most of us still had dial-up modems in 2002! The cliff loomed ahead for weeklies, but few could see it at the time. I, however, did. I noticed by the end of the Nineties that twentysomethings weren't reading weekly papers anymore. At the local coffee shops, the college kids would walk right past the stack of papers in the doorway. For a business that was built on a 20-35 readership, that meant its doom was guaranteed. So I made the decision to start transitioning to books.

The City began in 1990 with a revolving cast of characters. Twelve years later, I was down to just one, WMCSM, as the strip evolved (or devolved). The City had peaked, that I knew. I thought this character was the only shot I had at  bigger success. Books, maybe a comic franchise, the inevitable animated tv show, etc.

So what happened to the WMCSM book? I got cancer, that's what, shortly after I started working on it in earnest. I spent all of 2003 in treatment and I had to shelve all projects outside of the strip. I simply didn't have the gas. This also killed my freelance illustration career, which likely would have dried up anyways. I was in aftercare for all of 2004 and 2005 and really just kind of forgot about books. When I finally recovered enough to tackle them again, the thought of doing a WMCSM book had no appeal at all anymore. I was tired of the satire thing and this felt like the same old, same old. It also had some bad karma. I can't even look at this stuff without remembering cancer.

I had another germ of an idea, and that became Punk Rock & Trailer Parks. If I was going to break into graphic novels, I thought, I'll do a proper one, not just an expanded comic strip. It was the right move, as my late-career renaissance proves.

And no, I'll not re-visit this, so don't ask and/or plead. It's permanently shelved. I don't enjoy this kind of thing anymore, nor do I write or draw this way anymore. That window has slammed shut. As I've concentrated more and more on long narratives, I've completely lost my ability to write comic satires like this. I have no desire to go back. I had about 40 pages completed when I shelved it. Here's the opening scene, for your viewing pleasure. 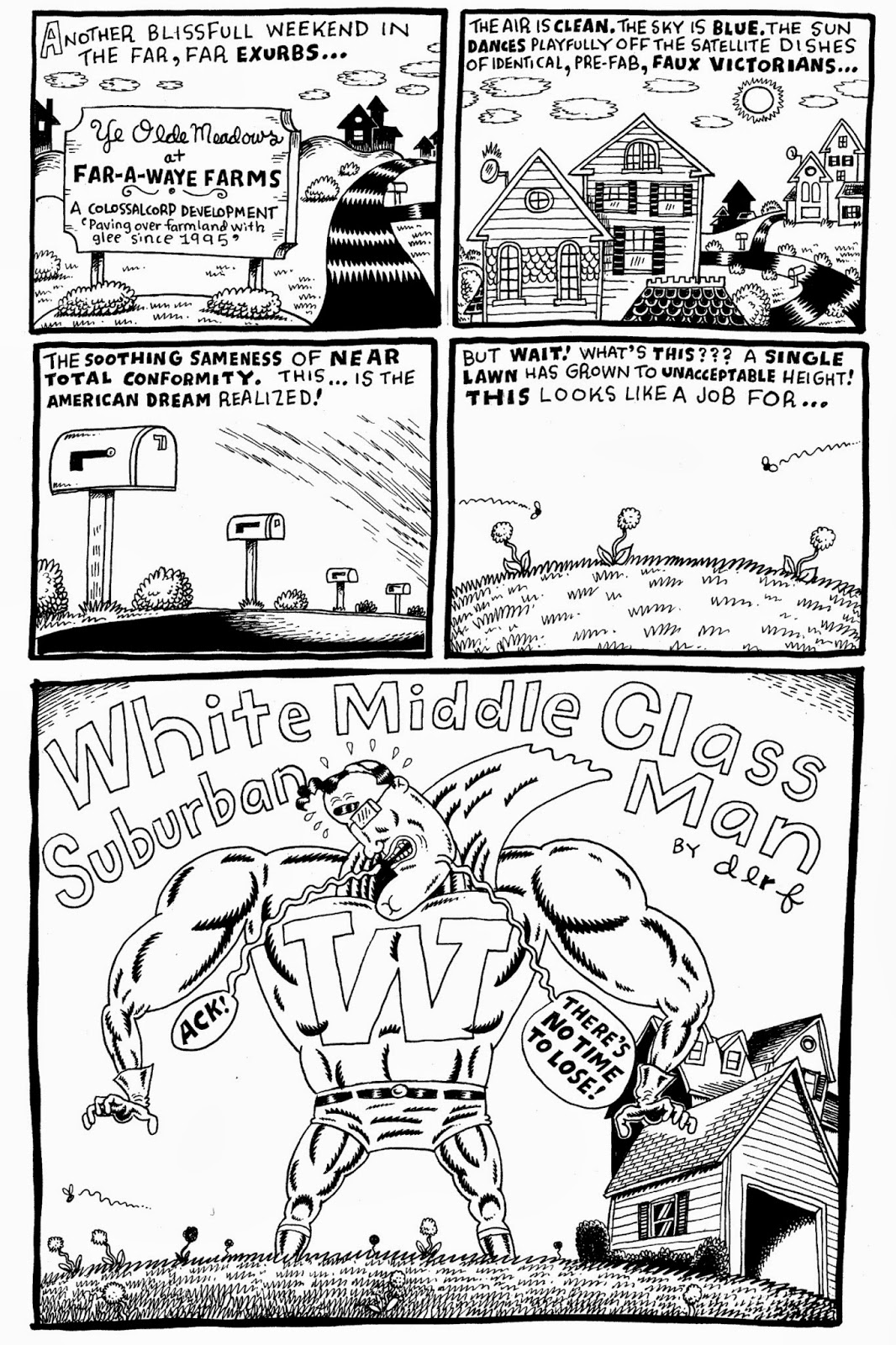 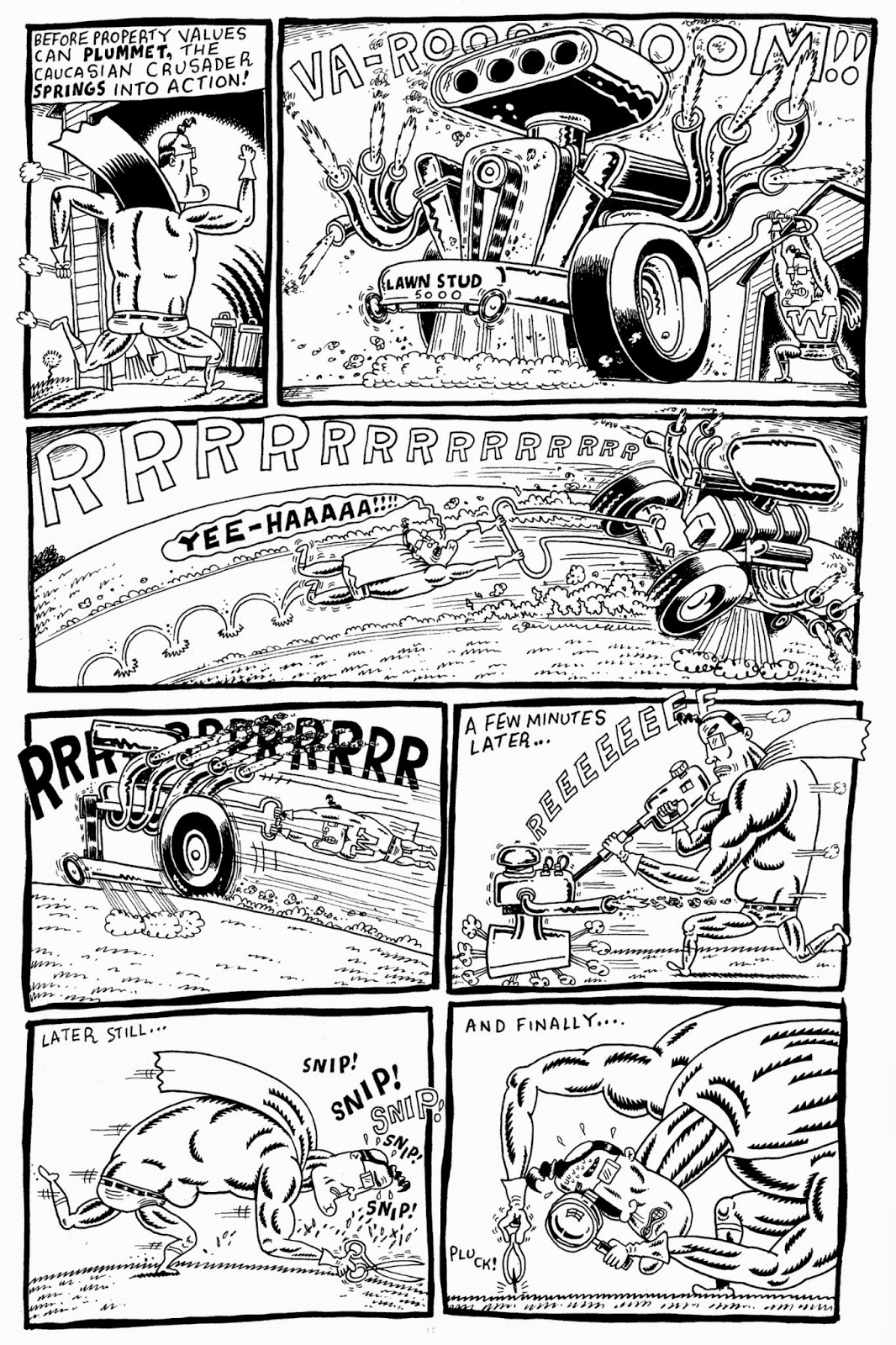 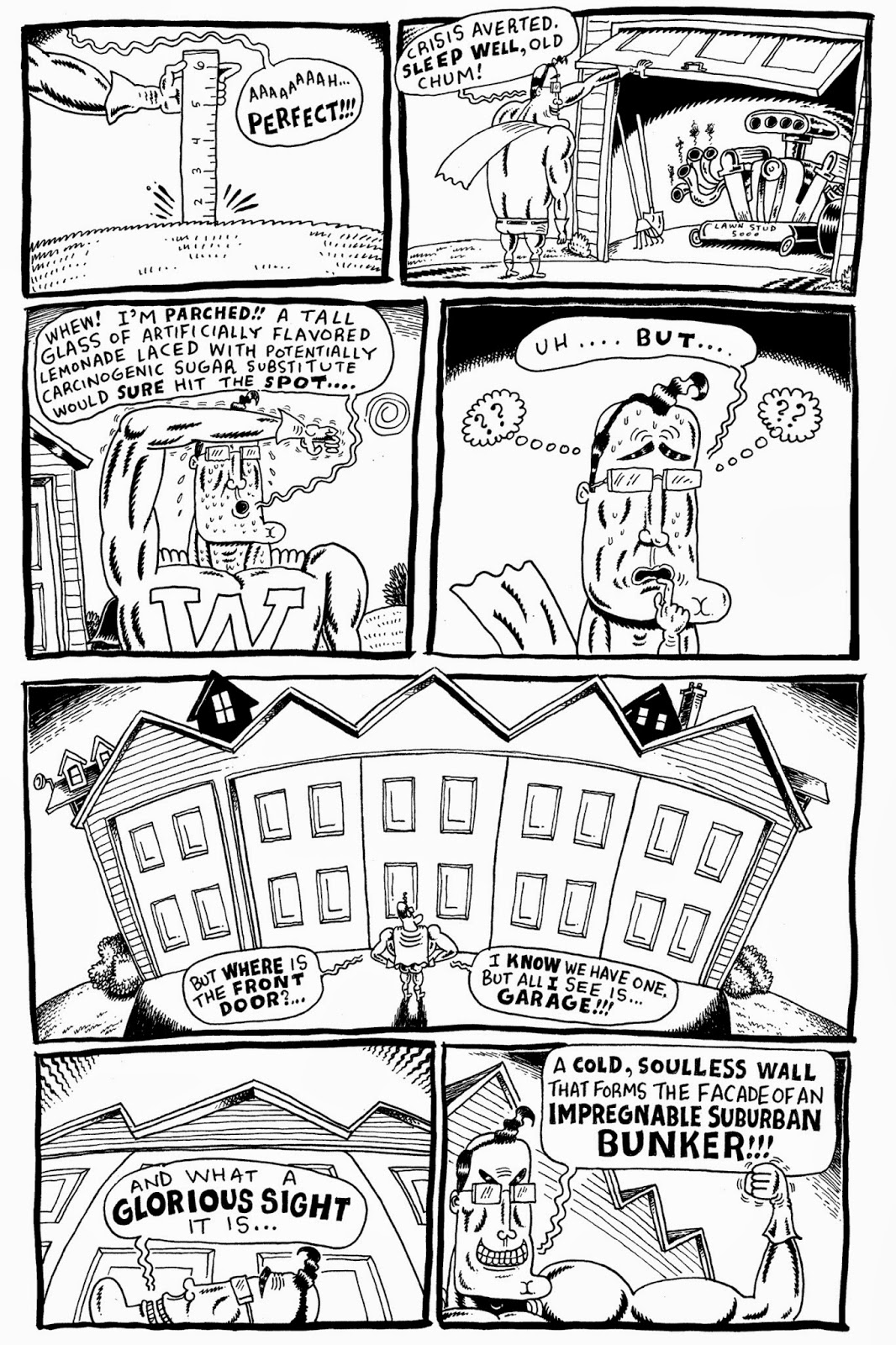 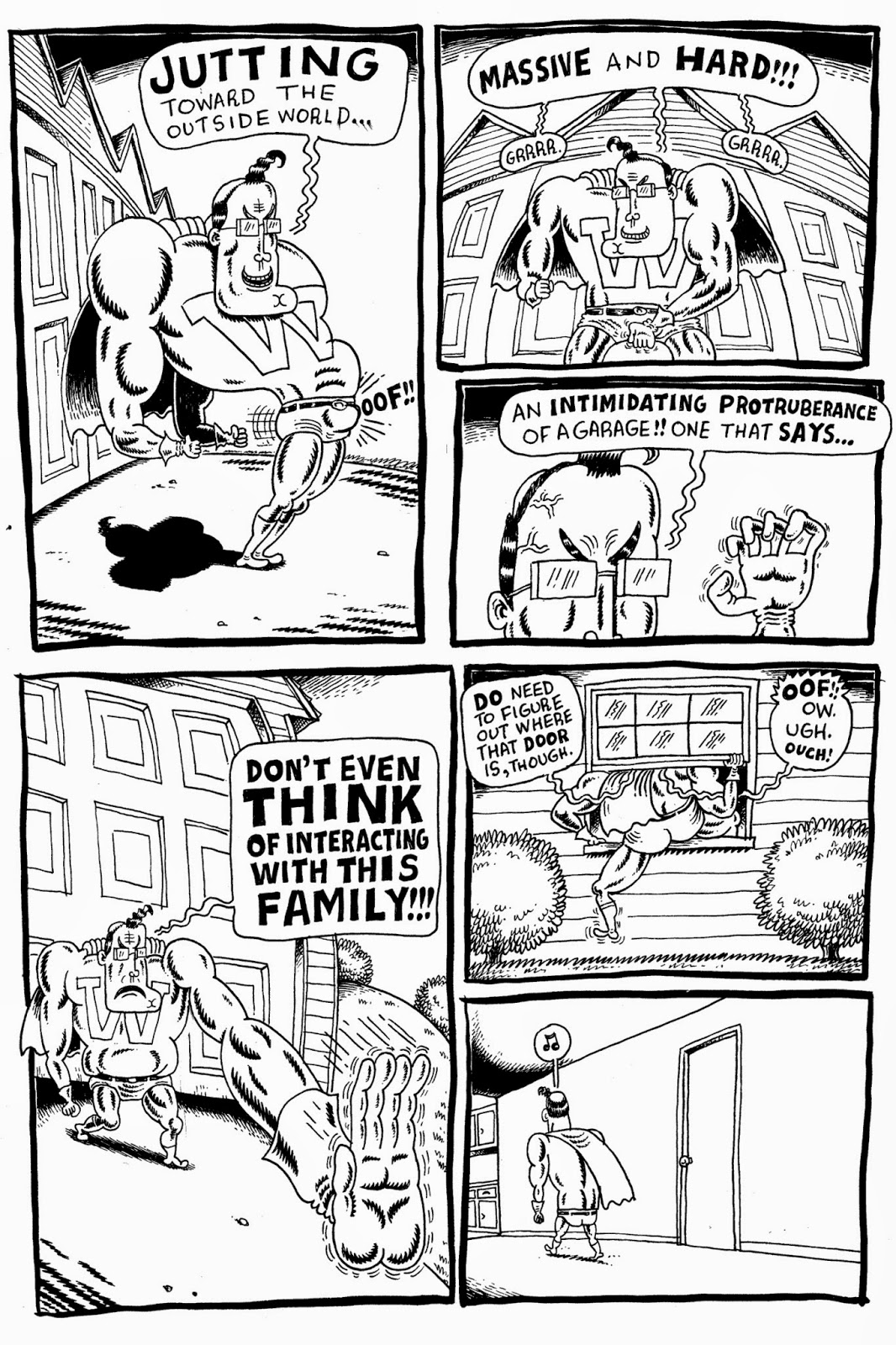 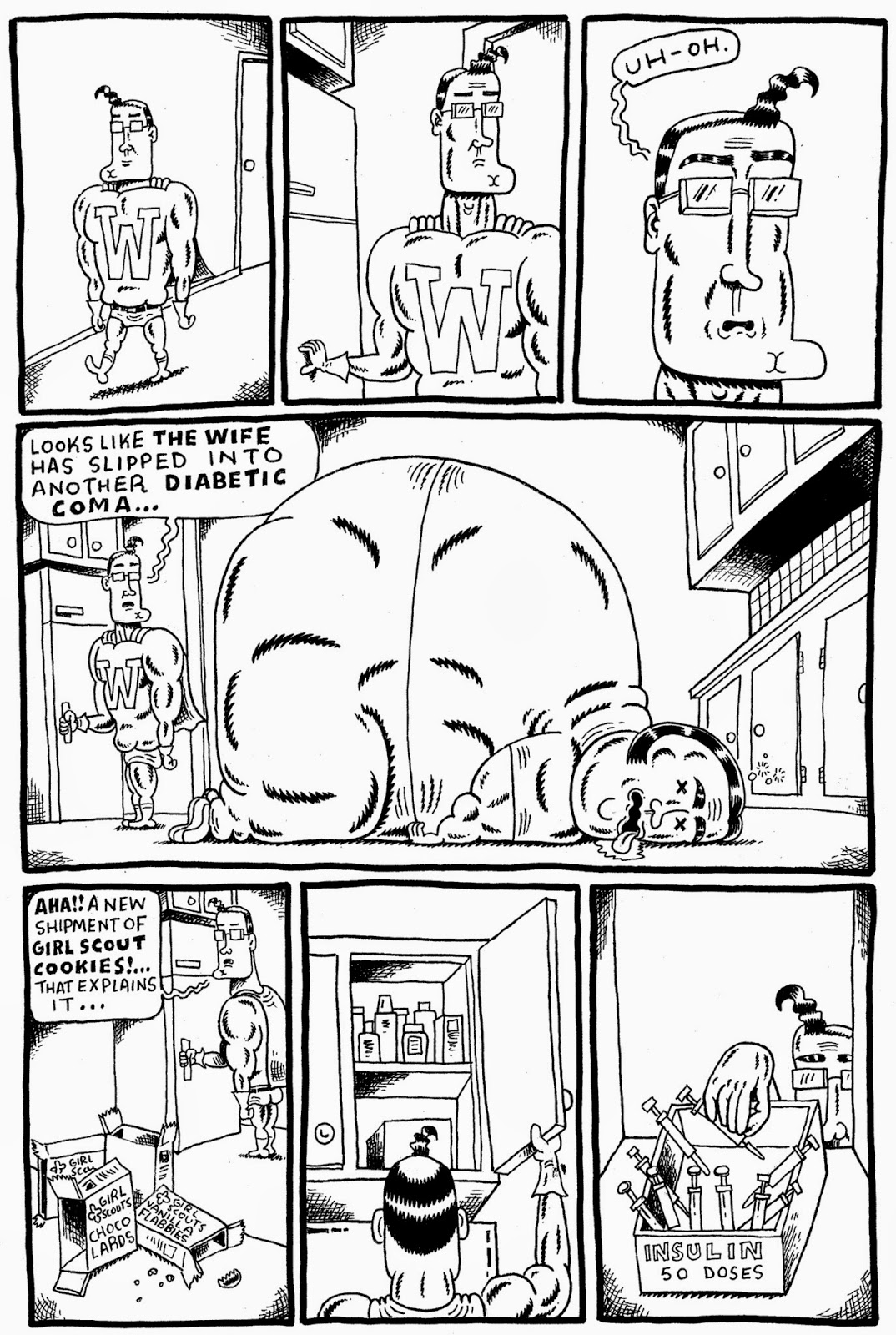 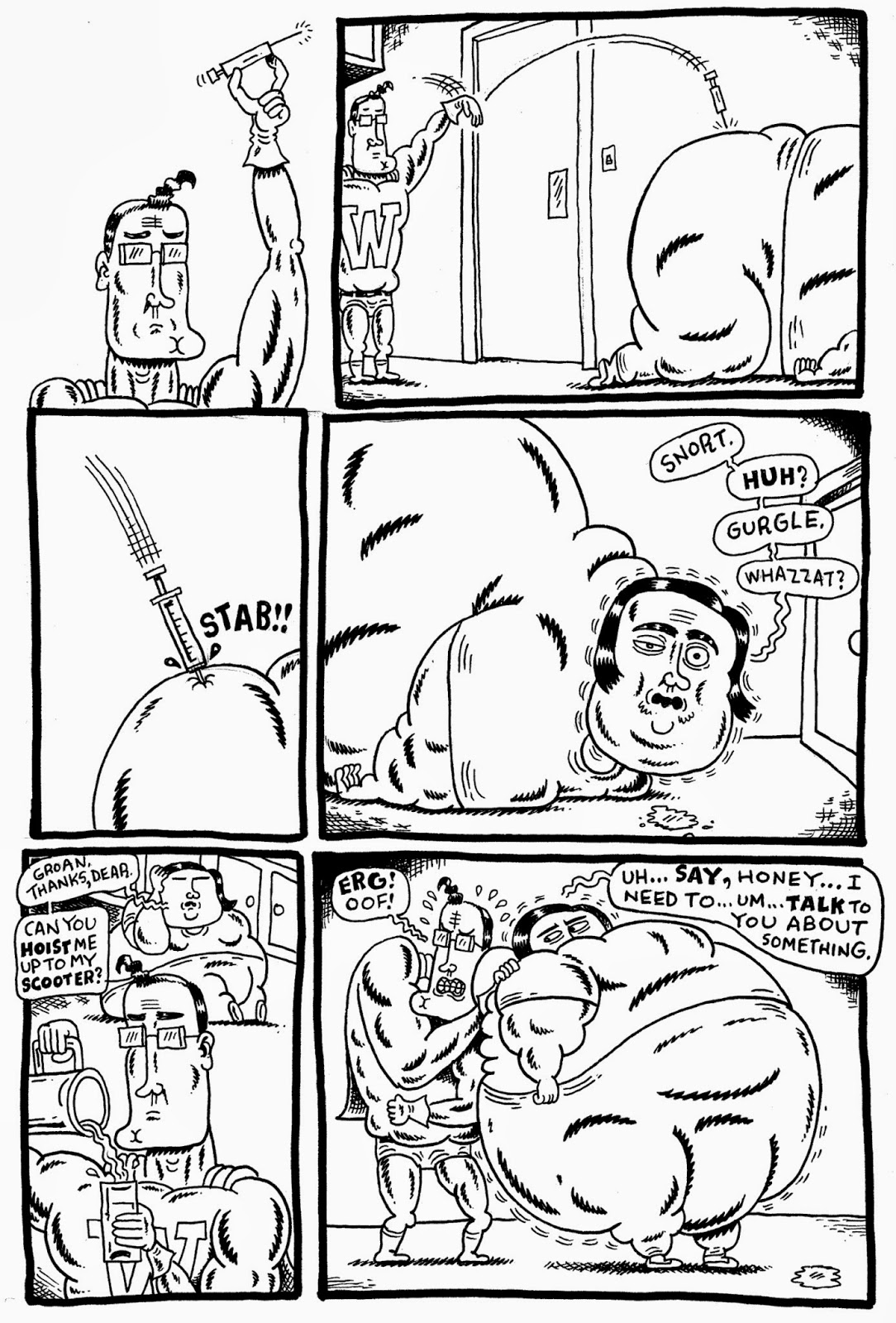 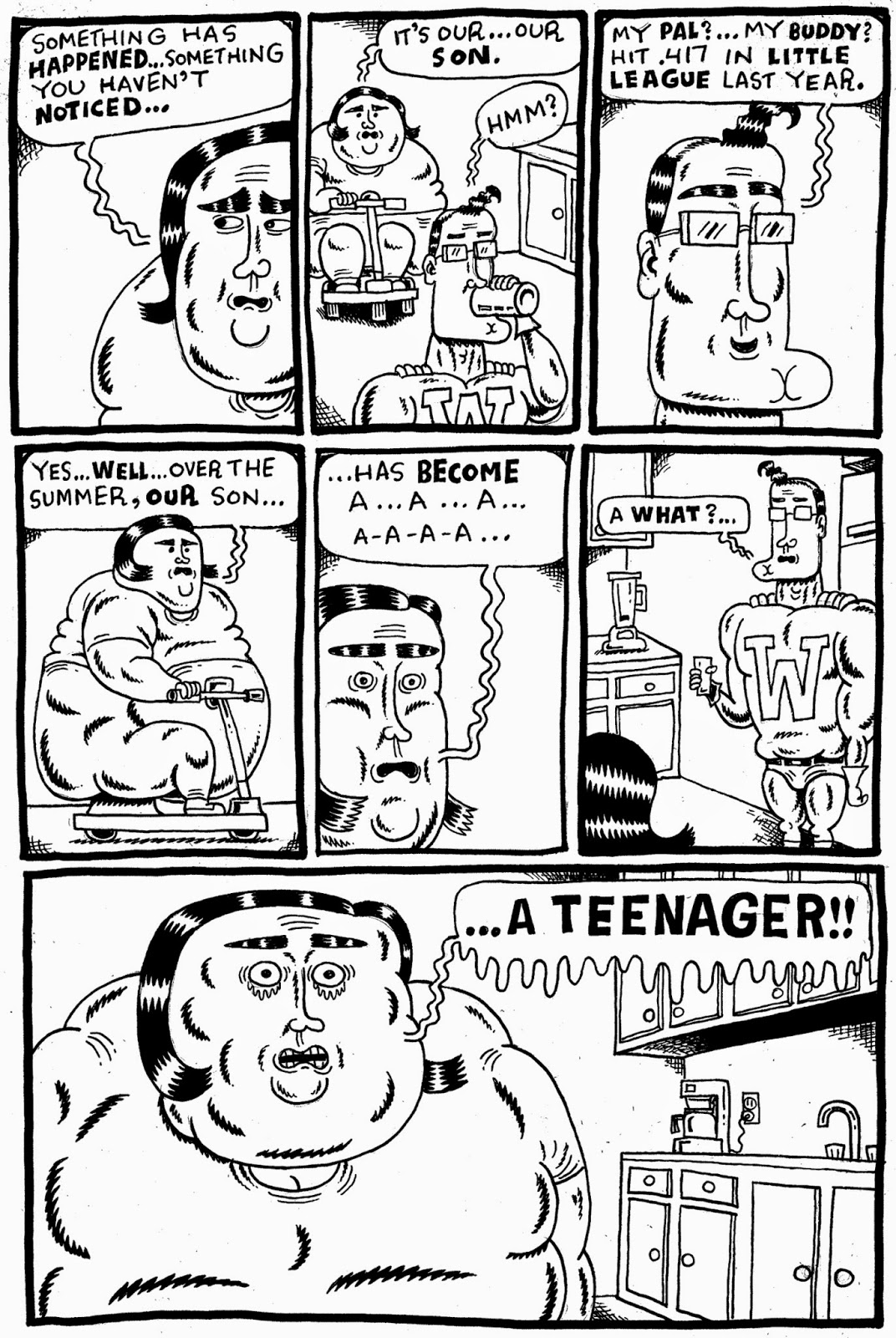 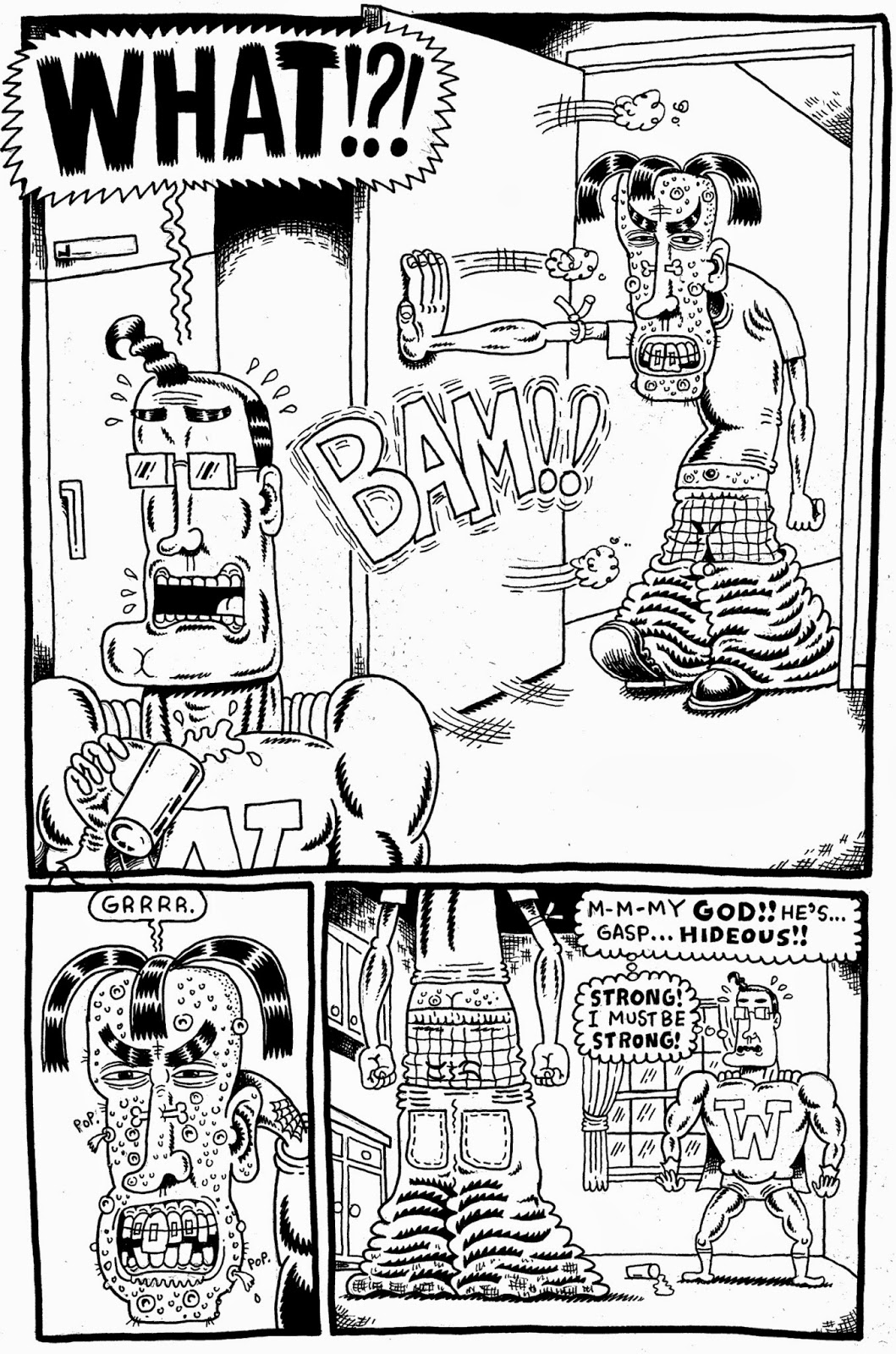 Posted by Derf Backderf at 2:10 PM