Same as it ever was

So here we are again, debating whether to Re-re-re-invade Iraq. Hopefully Obama's answer there will be a resounding NO.... but I'm not holding my breath.

What's remarkable to me, is the corporate news machine is wheeling out the same idiots who advocated--- or, in some cases, orchestrated-- the calamitous Iraq War of 2003. The very morons who fabricated intelligence reports, promised we'd be greeted as liberators, assured us the war would pay for itself when grateful Iraqis gave us free oil in return for their freedom, etc, etc., and their loyal (or gullible) lapdogs in the media.  I can't believe any media outlet would give these idiots a platform to spew up the same blather that was totally, utterly, catastrophically WRONG the first time. Fred Barnes, Charles Krauthammer and Bill Kristol are all doing the Time Warp back to 2003, with arrogant sneers they puff out their chests and offer the same moldy nonsense.

And HOW in the name of God can Cheney, Condi and Wolfie be greeted with anything but a hail of rotten fruit and catcalls? FAIR calls it right when it states in the report below that apparently  "being wrong about Iraq actually makes you more of an expert."


The contrast to time-warping pundits is this interesting, and very moving mea culpa (below) from sex columnist Dan Savage, who owns up to his own wrongheaded, hawkish support of the Iraq invasion in 2003. Sorry, you'll to click the link below to watch it, since Blogger won't allow embedding videos outside of it's own Youtube, but it's worth a watch. 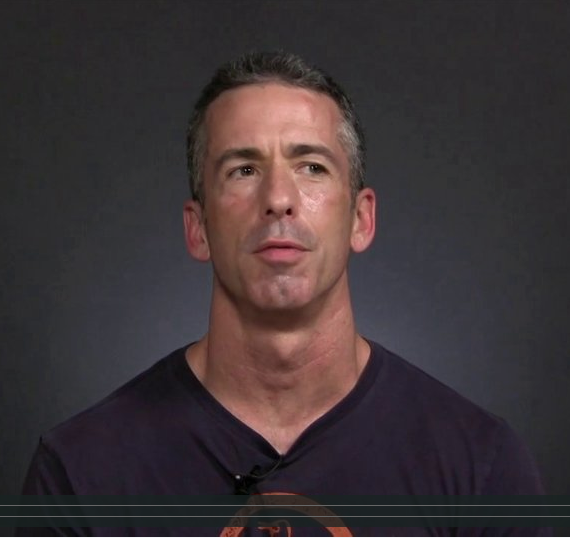 "I was wrong," he says bluntly. "Spectacularly wrong."

Not only did he write unbelievably smug screeds, ones that parroted the Bush-Cheney spin, he hurled insults at anyone who dared question the Neocon crappola that Savage had inexplicably swallowed whole.

"That's the lefty argument du jour, and a lot of squish-brains are falling for it."

"Because we're not just at war with al Qaeda, stupid. We're at war with a large and growing Islamo-fascist movement."

"We're about to go to war again--hello, Saddam!--and it would be nice if the left refrained from sticking its collective head up its collective ass this time."

I was discussing this briefly with Tom and another colleague, Ruben Bolling, who rightly observed "that HE (Savage) was vocally and angrily pro-war is evidence how alone in the media wilderness we were at the time."

Damn straight, and I paid a price for my strong anti-war opinions.

The weekly biz at that time was turning corporate, as big media chains gobbled up locally owned weekly papers left and right. Just like their bigger cousins in the mainstream, alt-weekly media companies didn't think cartoons, like mine above, which I drew a month before the invasion, were good for business. Too many angry emails and phone calls. Too many skittish advertisers who didn't want their ads running on a page with something like that. The whole business got soft in the knees. Which was weird and frustrating, because after 9-11 if you weren't drawing political, or at least topical, cartoons, weeklies weren't all that interested in your stuff. Weeklies were dumping humor strips or narrative strips. The only ones that flourished at that time were longtime political ones like Tom Tomorrow, or ones that morphed into political cartoons, like mine.

I wrongly assumed editors wanted an alternative to mainstream opinion. Editors didn't come right out and say it, but instead used buzzwords, like this kind of cartoon didn't fit the "tone" of the paper. Or that antiwar stuff was "predictable." Yeah. One of them actually told me that. Oh. OK. Others opted to run one of us in the front of the paper with other political content (this was usually Tom Tomorrow) and said, sorry, but politics don't fit in the part of the paper where we run the other cartoons. Strange how that wasn't an issue a few years earlier. I had other papers that didn't drop me entirely, but just just didn't run ones they deemed to controversial. My strip just didn't appear that week.

Weeklies weren't supporting the pro-war fever in 2002-3, but they sure as hell weren't opposing it either.

I lost papers in that crazy period right before and after the invasion. Others did, too. That we were proven to be dead right about the war didn't matter.  Once you're gone, you're gone for good.

Dan Savage, on the other hand, didn't lose papers for his pro-war stand. Few papers ran those political columns anyways. They wanted his sex column to add legitimacy to the 20 pages of 900 hooker ads in the back of every issue. His sex column was great (I only put that in the past tense because, like I said, I haven't read it in awhile), but so were our cartoons! We paid the price for being anti-war. Savage didn't pay a price for being pro-war, except maybe to his rep among lefties.

Hey, I've moved on from newspaper strips, and will likely never draw political cartoons again, but y'know, I'll be perfectly honest and admit that still sticks in my craw a little bit.

Posted by Derf Backderf at 4:19 PM