More Gun Fun from the Lawless tribal Region of Ohio! An open-carry foursome paraded through a racially mixed neighborhood in Cincinnati last week with AR-15s slung over their shoulders, yelling obscenities and racial slurs at passersby and taunting cops. 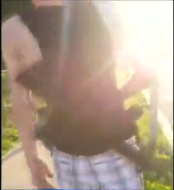 “Open carry in the state of Ohio, the cops can’t do nothing!” the leader of the four says on the video (above) he made of the event. “This is going on YouTube, nigga!” he yells to a passing group of black men. 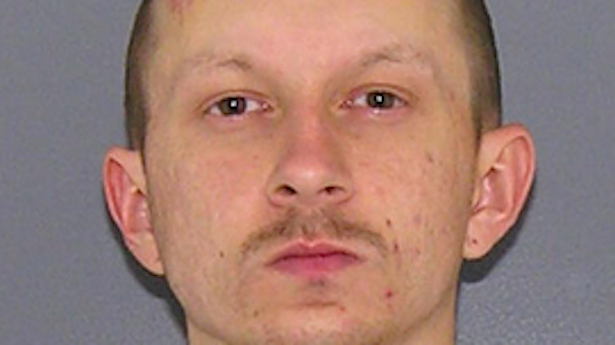 The leader of this foursome is one Jesse DeBoard (above). His Facebook page says he's a Cincy resident and a white rapper who goes by the name LilKrayzie.  Look at this pimply, little MFer. In photos he looks to be about 5'3". Here's the weapon stash of one of the NRA's "good guys with a gun," also pinched off his Facebook page: 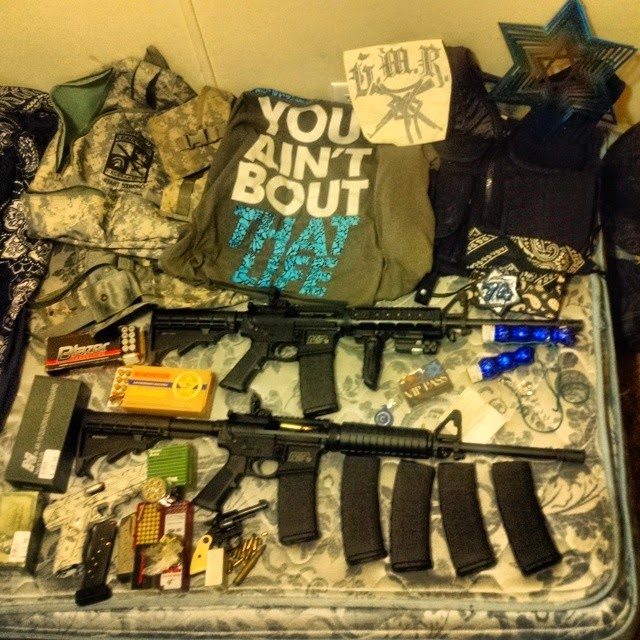 Cincinnati proper, long a Republican stronghold, has become surprisingly progressive in the last decade. The city swung the county vote to Obama in 2012. Used to be it was the farthest of far right. "Where the Old South meets Nazi Germany," we here up in liberal Cleveland described it. The surrounding suburbs are hard red and the neighboring rural areas are flipped out militia whackos and rednecks praying to Jesus for the return of the KKK. So these gun fetishists purposely flaunted their shootin' irons in a racially-mixed, liberal neighborhood, like the assholes they are. This is becoming the norm. The fetishists are flashing their pieces in "enemy" territory, to provoke and intimidate.

DeBoard was later arrested. Not for carrying a gun, but for menacing by stalking and violation of a protection order. You can carry your metal penis openly, but you're not allowed to threaten people on the sidewalk, asshole. The other three also have warrants outstanding and are on the run. The uncensored Youtube video he posted went viral and has since been taken down. The one here is heavily bleeped by a Cincy tv station. I'm guessing our badass creep (if he made bail) is now hiding under his basement stairs and whimpering to himself about a liberal media witch hunt.

We've had a spate of these in Ohio lately, a state that has virtually no gun restrictions. Two weekends ago a parade of these morons marched through sleepy Medina, Ohio, 30 miles south of where I'm writing this, terrifying passing soccer Moms in mini vans and generating a flurry of 9-1-1 calls from frantic villagers.Medina is a quaint little town, with a beautiful Victorian town square. It's the far reaches of the Cleveland metropolitan area and is a typical suburban Republican enclave of security moms and golfers, but the surrounding rural countryside is populated with nests of the scariest militia creeps I've ever encountered.

I attended a gun show in Medina a couple years ago, looking for cartoon material and armed with nothing but my sketchbook, which generated more paranoid stares than the guy walking around with a bazooka slung over his shoulder! Once a month, the gun fetishists gather at a gun show at the Medina County Fairgrounds, sandwiched on a weekend between the monthly doll show and model train convention!

So I decided to check it out. This was a few days after Obama's re-election and the show was so packed with gun fetishists who were certain that the Kenyan was a-comin' for their shooting' irons, that the fairgrounds building was at capacity and I had to wait about a half hour in the cold just to get in the door!

If you've never been to a gun show, I recommend it, even though you're more likely to be shot there than on city streets. In fact, the next day at this show a gun dealer accidentally shot a customer!  It's quite a spectacle. Creeps, weirdos, white-power nutjobs and all manner of bizarre characters. Lots of Civil War beards and camo. Several dealers were proudly selling Confederate and Nazi paraphernalia. I encountered ONE black dude in the two hours I spent there. This is white boy central here. What's for sale? Everything. Handguns, rifles, assault rifles, combat guns, bazookas, grenades, knives, swords.... one dealer even had a fucking artillery cannon on display!

According to Pew reach, Americans possess an estimated 283,000,000 guns. Curiously, gun ownership has steadily declined from 54% of Americans in 1977 to under 33% today, but the average number of guns per gun owner has increased from 4 to 7! In other words, the Ammosexuals (to steal Bill Maher's term) are hoarding their boom-booms.

Oh, and last weekend when our happy foursome were parading in Cincy, there were two accidental shootings at gun shows, one fatal, in Texas and Pennsylvania.

Doesn't it seem like the Assholes are taking over? These hate-filled loons are multiplying like maggots in a trash can on a hot summer day. We were obsessed with them back in the Nineties after Timothy McVeigh and Ruby Ridge, but were assured by experts they were a tiny group of loner crazies. I fear they're not small in number anymore, and they're organized in NRA fringe groups. Bubbling with rage and resentment, with a Bible in one hand and an AR-15 in the other, barely hiding their racist xenophobia behind rote rightwing talking points, these ignorant paranoids seem to be everywhere.

Turns out, our greatest Founding Father was Yosemite Sam!

Posted by Derf Backderf at 1:18 PM