My darling wife heard a piece on NPR about the biggest regrets people have on their death beds. As women do, she obsessed over this for days as she compiled her own mental list. She asked me for mine. I didn't hesitate. If I dropped over dead tomorrow, I answered, my only regret after this past eleven years I've had, would be that I didn't have more time to do more!

Why eleven years? Because on this very day in 2003, I finished treatment for cancer. On that grey day in November when I walked out of the Radiology Department in the basement of University Hospitals for the final time, I was exhausted, sporting a half dozen ghastly 12-inch scars and missing a few chunks of my body, battered and roasted to a crisp, but happy. I'd made it.

Cancer messes with your head. I always thought I'd live to a ripe old age like my grandfather, who lived to 105 (his brother lived to 108!), but my body started to fall apart at age 35  like a Chevy Vega. On that November 18th, I was determined to make the most out of whatever time I had left.

Here's what I've done in those eleven years:

•Spent another decade with that incredible woman I conned into dating me when we were just kids at Ohio State.

•Published five mini-comics, a bunch of short stories for various anthology books and True Stories: Volume One,  with three more volumes on the way.

•Watched my son, who was 8 when I got sick, grow up, graduate high school and make his first halting steps into the world. My daughter, who was a quiet 4 year old who nervously sucked her fingers and clutched a stuffed animal, as she burrowed into my chest while I lay on the couch after a chemo,  is now a smart and beautiful (albeit complicated) high school sophomore. 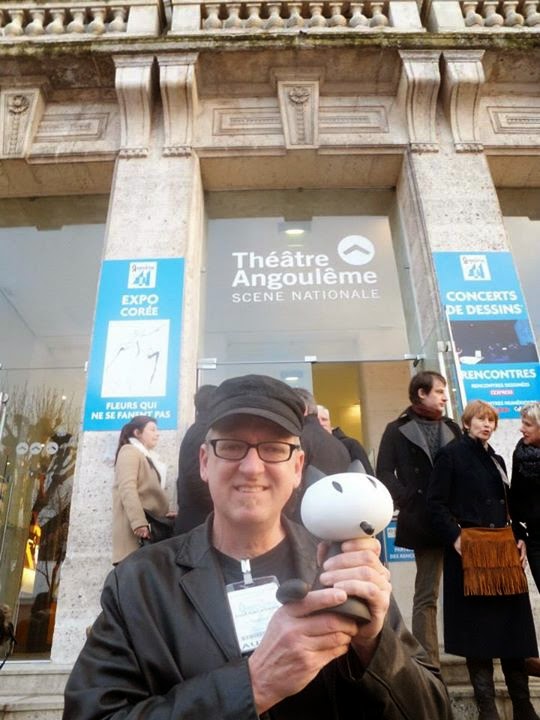 Received a Lifetime Achievement Award from the Cleveland Writers & Poets League (which subsequently folded) and was inducted into my high school's Hall of Fame. Donated papers and originals to the Ohio State Cartoon Museum for the Derf Collection, and had my books added to the Library of Congress collection and the Rock-n-Roll Hall of Fame library.

Signed 500 books at my first TCAF and 300 books at the Strand Bookstore in New York. Befriended dozens of amazing comix creators. Spent an evening in a bar with Jules Feiffer as he regaled me and a couple others with tales of an era when cartoonists strode the earth like giants. 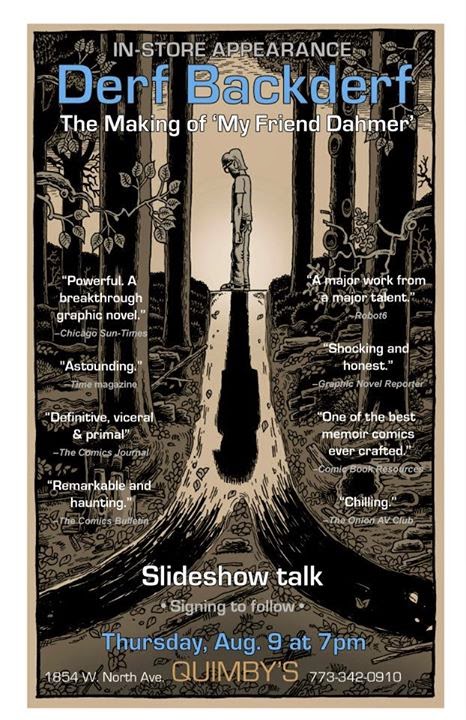 •Talked about my work multiple times on National Public Radio, on French National Radio, on the BBC and the CBC and Australian National Radio, to Slate and Salon, to the Times of London and Le Monde and Frankfurter Allgemeine and El Mundo, to CNN and MSNBC. And at comicons, book festivals and comix fests, both here and abroad. Did my first, and hopefully only, radio interview drunk in Arras, France, as the host plied me with flagons of powerful French beer. 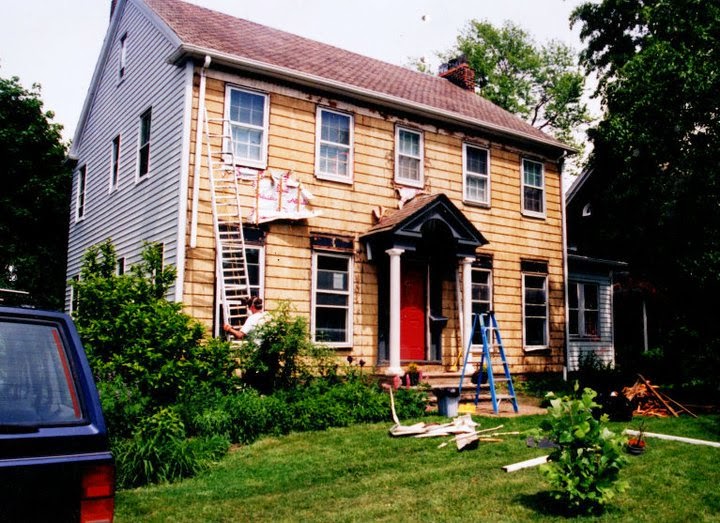 •Stripped the ugly aluminum siding off my house and restored the original cedar shingles, turning the ugliest house on the block into one of the nicest. Took 5 years.

•Took the family on vacation to a lovely lakeside lodge in Ontario, the place where 10-year-old me first fell in love with comix. First time I'd been back in 30 years and found it magically unchanged. As I sat in an Adirondack chair with my feet in the water, the idea for my first graphic novel came to me in an inspirational flash. Like I said, the place is magic.

•Said goodbye to my dog, Penny, who curled up beside me on the couch as I recovered from chemo treatments, and added two other dogs, Maggie and Reilly, to the family.

•Laid my Dad to rest and moved my Mom out of her house of 40 years.

•Did three book tours in France and Belgium, and prepping for a 4th, as well as a Dutch tour. Took Sheryl to Paris twice, and my daughter once. Sat at a cafe along the Seine, sipping wine on a sunny Spring day. Awoke to the Bells of Paris on Easter Sunday. Spent afternoons at the Louvre, the Pompadou and Musee D'orsay, walked the ramparts in Marseilles, climbed the bell tower of Notre Dame and drew a couple thousand dedications for fans. Had a gallery show at the Librarie Super Heros in Paris and signed books in a medieval turret in Caen.


As Warren Zevon wisely said as he was nearing the end of his battle with terminal cancer, "Enjoy every sandwich."

Not dead yet! Pass me another sandwich.