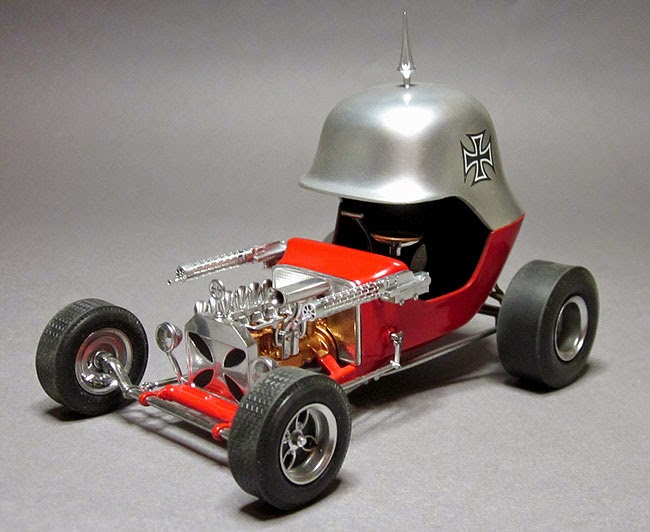 Daniel is the creative genius behind some of the wackiest hot rods ever made.  At the top of the list, of course, is the Red Baron (above).


Daniel started designing cars as a teenager, a real prodigy. While still in art school, Rod & Custom magazine hired him to draw fanciful hot rods, a feature which quickly became the most popular feature in the mag. Then he hired on with GM as a legit car designer. But his wife didn't like Detroit, so they soon moved back to SoCal. He found design jobs in aviation and even in the space program, and in his spare time picked up his gig with Rod & Custom again. 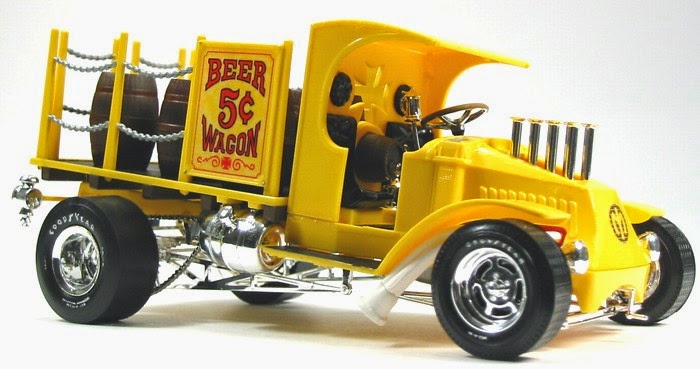 It was then that the folks at Monogram Models took notice and hired him to design some model kits. His first was The Beer Wagon in 1967 (above), which Monogram later changed to the ROOT Beer Wagon, having eventually realizing that marketing a bozze-laden hot rod to 8 year olds was problematic. His second was The Red Baron in 1968 (below). Both sold millions. The Baron is probably the most famous hot rod model ever made. They made it into an actual car, which still tours around to car shows. 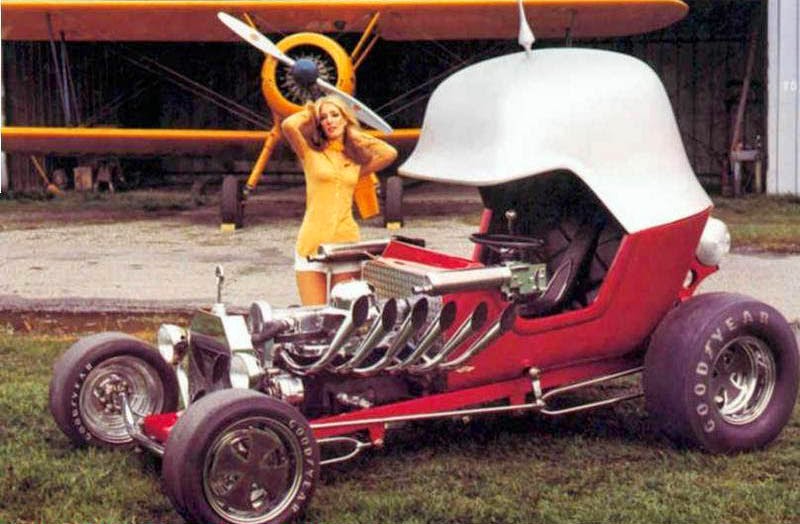 Between 1968 and 1975, the golden age of the model craze, Daniel designed 75 kits for Monogram. Man, this guy had the best job in the world! 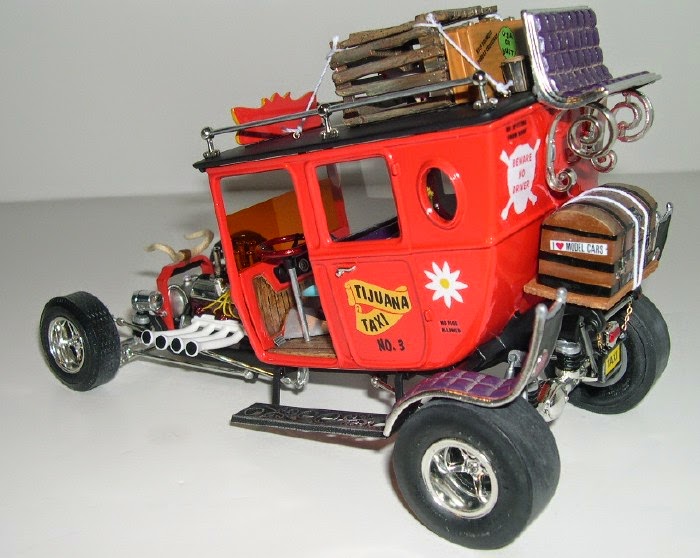 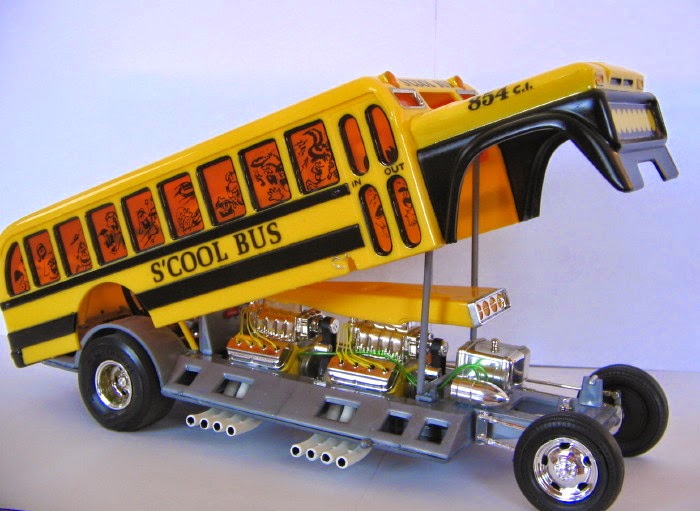 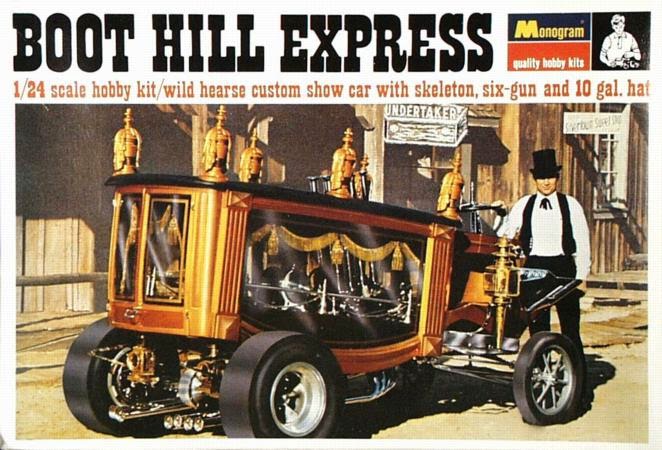 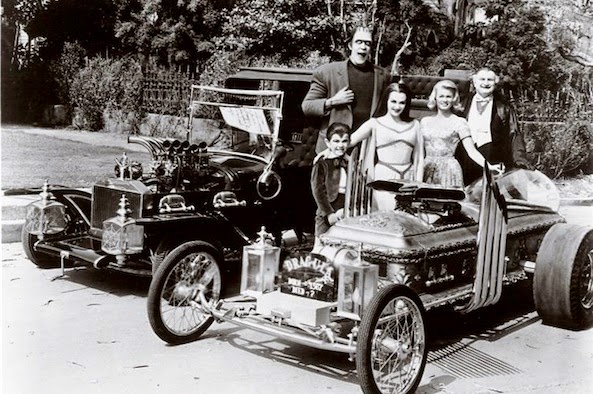 Mattel bought a some of his more popular designs and made them into Hot Wheels. 1969's Red Baron (below) was the biggest selling Hot Wheel of all time, with an estimated 1 million of the little cars sold. 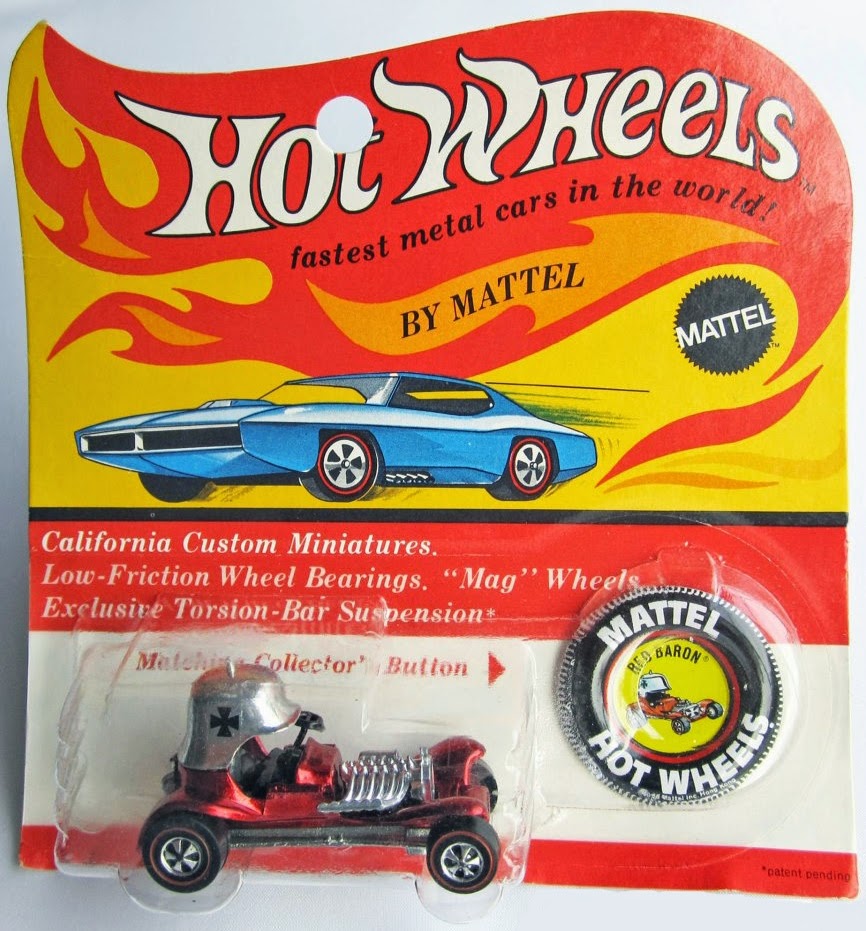 For a budding artist, the boyhood me was a lousy model builder. My models often wound up as a ball of glue with paint slopped all over it.... or hurled in frustration at the bedroom wall. But I always displayed the boxes! They were cooler than the models anyways. Daniel kits weren't that challenging, luckily, so they turned out better then most. 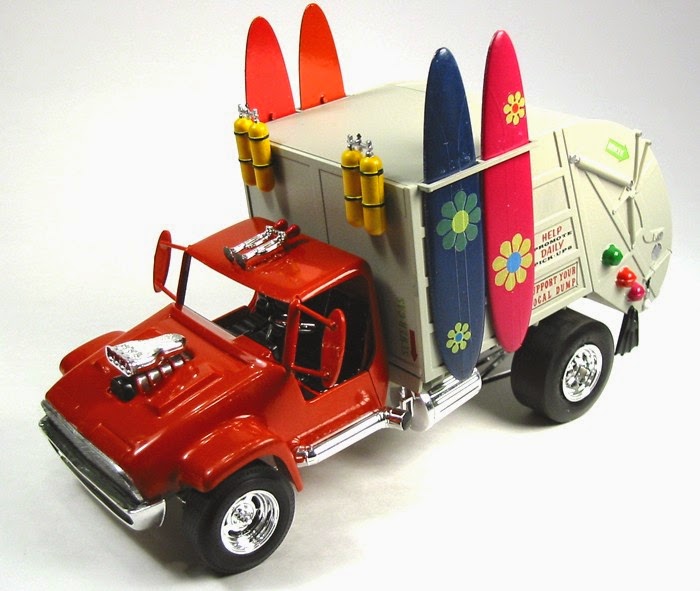 My favorite, no surprise, is the Garbage Truck (above), transformed by Daniel  into a surf rod.

The designs got progressively weirder, but we kids gobbled them up. It didn't get any weirder than 1969's Rommel's Rod (below) a souped up German halftrack with a a skeletal Rommel in the driver's seat! At least Daniel left off the swastikas. Naturally, my eyes bugged out of my head when I saw this box in the toy store. A few minutes of desperate pleading and it was mine. 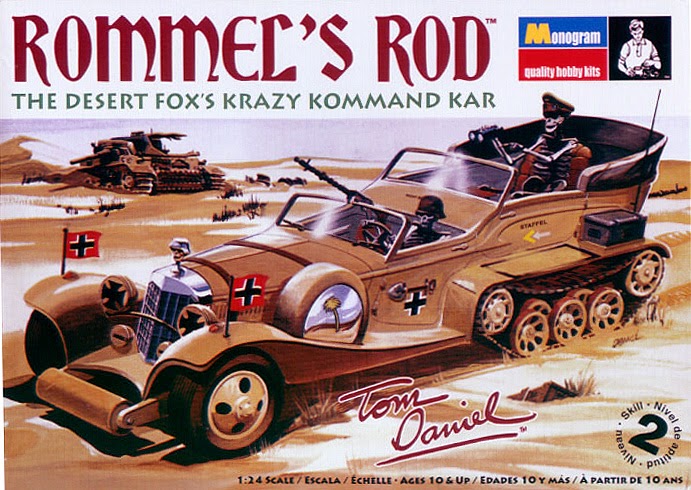 Then came 1970, and while on vacation at a lakeside lodge in Canada, I bought a copy of Fantastic Four #102 on a whim. Just like that, my Hot Wheels and Tom Daniel models were mothballed and I gave my life completely to comix.

Just as well. Modeller dorks are even weirder than comix dorks!