We all have our teachers, in the comix biz. These days, emerging creators have a wide array of resources at hand. Scott McCloud's books are a how-to for making comix. If you're really hankering for a career in mainstream comic books you can strive to get into the Joe Kubert School. Unfortunately, as much as I loved Kubert's work, the school he founded is a stamping plant for near-identical creators. For a career in indy comix, a kid can aim for the Center for Comics Studies.

I didn't have any of that. When I was a teenager in the Seventies, no one taught comix. I had to study on my own. My major inspirations when I was younger were Robert Crumb, Jack Kirby and Richard Corben. But those guys are gods. I never had a prayer of drawing like them, or of  even telling stories like them. They were too unique.

Will Eisner is also a god, but for some reason, his work was a treasure trove of information. Again, this is some I have no hope of approaching, in terms of talent, but I found that his storytelling and visual solutions could be replicated, albeit in my own primitive style.

I started to get serious about comix in the mid-Seventies, when I discovered Eisner. I'd been a comic book fanatic for four years at that point, from age 10 on. It was all superhero stuff, mostly from Marvel and DC. Both companies were starting to falter. The quality of their books was declining. Old masters like Kirby and Ditko were diminishing. The new generation of creators that had energized the Bronze Age were leaving the business en masse, for less exploitative ventures.  At 14, I was starting to get bored with the same old, same old.

In addition to being a comix dork, I was a band dork. Hard to believe the ladies fled at the sight of me, huh? I took weekly music lessons at the Falls Music center in Cuyahoga Falls, a suburb of Akron. It was a fairly dreadful place, full of small post-war bungalows and home to Rex Humbard, one of the first televangelists, whose massive Cathedral of Tomorrow complex is now the headquarters of Ernest Angley, another octogenarian tv biblethumper, who was recently exposed as a Class A perv (surprise, surprise). The Falls back then had a nice little downtown of shops, a couple blocks long. Very retro, even then. Like it was a Forties movie set. Nothing of interest, however, except for the Falls News newsstand. I think I miss newsstands more than any of the other retail casualties of the almighty intertube. These were small, cramped storefronts that, in the Seventies, carried all manner of tempting goods: sci-fi mags, monster mags, National Lampoon, sometimes comic books (although in Akron that was usually ceded to the drug stores), cartoon books, like the frequent Mad magazine collections, and other interesting paperbacks, particularly sci-fi and the plethora of pulp mag reprints like The Shadow and Doc Savage. Every newsstand in the Akron area seemed to offer different things, unlike the corporate sameness of today's stores, and I quickly targeted my favorites. Falls News had one thing no other newsstand around had: the Warren magazines.

So when I finished my music lesson, I always made sure I had 20 minutes before Mom returned to pick me so I could duck into Falls News and grab the month's Creepy, Eerie and Vampirella. These were cool, if uneven, comix mags. If they had a Corben story, they were must buys. If the entire issue was comprised of Warren's low-paid Spanish sweatshop artists, I'd have to think about it before parting with a hard-earned dollar. Then in 1974, Warren began publishing The Spirit. 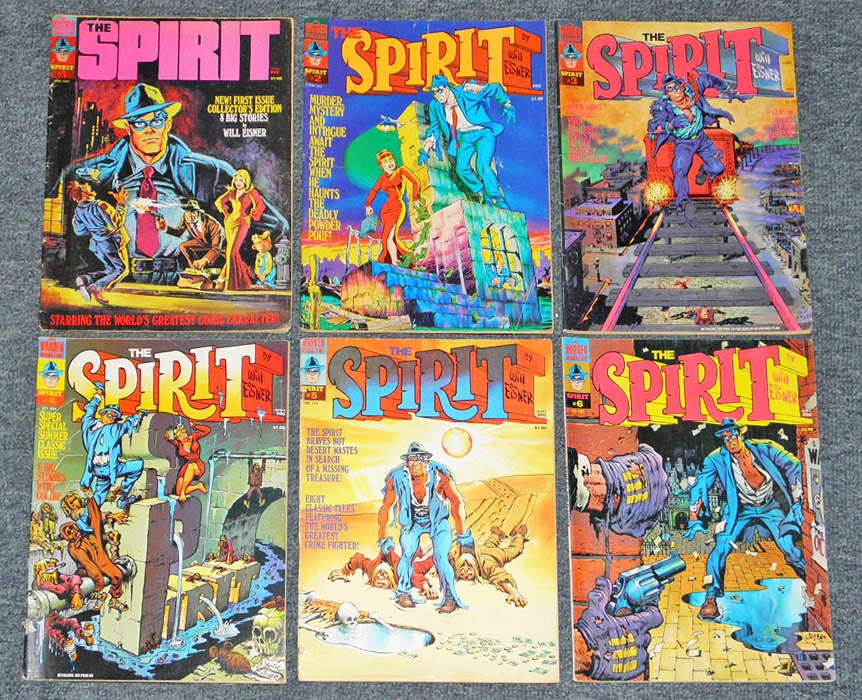 I'd heard of Eisner. He was often written about reverentially in the Rocket's Blast Comicollector and The Comic Buyers Guide. But I had never read his work. The Warren title, published six times a year for nearly three years, with that crappy brown paper, was my intro to Eisner. I pored over the stories, studied them. I tried copping some of his scenes in my own work, and was surprised I could pull it off and, although horrible and primitive, they immediately looked better than anything I had drawn before.

I finished high school and took a detour into political cartoons in college, flowed by 15 years of comix strip work where the lessons of pilfering Eisner weren't applicable. But in the late Nineties, when I began experimenting with long-form comix, and struggled to retrofit my cartoon style into graphic narrative. Once again I looked to Will.

My first couple longer works were rough, to say the least. I was still neck deep in my Brutalist phase, kind of a post-punk Don Martin. When I started Punk Rock & Trailer Parks, I decided to raise the bar. I pulled out my Warren Spirit collection 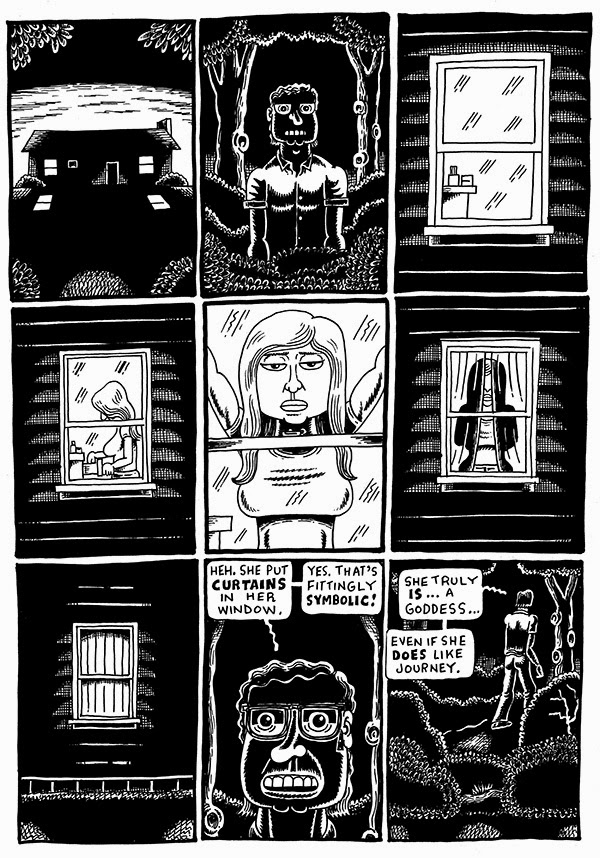 Posted by Derf Backderf at 4:42 PM