As I'm prepping to leave for the comics heaven on earth that is the Angoulême Festival, a lot of interesting industry tidbits have been popping up.
This piece on Comicsbeat, Are We Seeing the Twilight of the Big Two?, is a real eye opener. According to the article, sales of traditional floppies from the Big Two are flat-lining, despite their much hyped relaunches and, in the case of Marvel, the big boost from its Star Wars line, which accounts for nearly half of the Top 10 bestselling floppies these days.
However, the sales of graphic novels is up a staggering 38%!! I've brought up this topic before and have been shouted down by certain parties, but the numbers are backing up what I've suspected was happening in the biz. The traditional superdude floppy is in decline. It's audience of middle-aged men is fiercely loyal, God bless them, but it's not a sustainable readership. The explosion of comics readers and buyers, particularly women and girls who are coming into comics in unprecedented numbers, is taking place almost entirely outside Marvel and DC.
The numbers here mirror what I've been observing on the ground at fests and cons for the past few years. The comix fests I attend are packed with people I never see in mainstream comic shops. The floppy is fading
Frankly, I don't think the parent companies of the Big Two really care about their comic book lines anymore. That's pretty obvious. I just watched an hour-long commercial on the CW, with Kevin Smith (Man!... has that dude lost a lot of weight!) for its new line of superdude shows and films and they've got a shitload of both rolling out. DC was just forcibly moved from NYC to LA and it's obvious the movie execs are now calling the shots. Oh, and DC just announced it was scrapping its much-hyped "New 52" line of comics for yet another reboot, one that will bring the comics in line with movies and tv (not the other way around, which is a major shift). Marvel is obviously doing the same. I just read a write-up of a big strategy retreat at a posh resort where all future storylines were hammered out, all to lead into the film releases.
Comic books are small potatoes to these gargantuan entertainment conglomerates. A mediocre superdude film makes more money in a weekend than an entire line of comic books makes in a year. Up until 2016, the Big Two were flooding the stands just to keep other publishers, particularly Image, which IS doing new and interesting books. That's why Marvel and DC keep publishing books that barely sell 10,000 copies, and put out dozens of variant covers for their more popular offerings. Flood the stands and drown the competition. Their corporate ally Diamond happily plays along, monopoly that it is.
It seems like even using comic books as a development laboratory is on the wane. All the A-list writers are being pulled into tv and movies. Warner and Disney have plenty of old characters left to pull from, and I'm sure those execs have noticed that nothing new has come out of their comic book houses in 25 years, thanks to their work-for-hire policies. I think this will backfire of Disney and Warner, neither of which is exactly known for innovation or creativity. All the superdude characters and concepts they're currently milking were dreamed up by comics folk working on their own with the freedom to experiment. That won't fly at corporate HQ. What does fly is predictable, derivative crapola. My wife and daughter are fans of a couple of the DC shows, Flash and Arrow. I'm struck by how these shows target a female audience. Both are total soapers, with lots of relationship stuff and prettyboy actors. In other words, the audience is directly opposite of what the comic books shoot for! Obviously, since they're hit shows, the tv execs picked the right target.
For comic books, as an industry and as an artform, the diminishment of the Big Two as publishing entities is a good thing, but there will be victims. The comic book shop for one. They're barely hanging on as it is. And they're stuck with the dictates from Diamond that virtually insures they'll never attract that growing female audience. Their stores are full of macho superdude fare. New readers aren't into that continuity shit either, which is almost fetish stuff now. They want a great book that they can pick up and read right now, without studying a 50-year-long back story. Another factor is the Big Two have been long been abusing their loyal readers with countless relaunches and shitty cross-title events that encompass the entire line but peter out after a couple months, even the most loyal superdude are starting to cut back on purchases. We've all been brainwashed to accept mediocre product for the sake of nostalgia
Posted by Derf Backderf at 10:17 PM

This week's Retro Derf from 1992, which I just posted on Gocomics, is a fun one that I only recently uncovered in my files.


This is the debut of Generation X in my strip! The term had only recently been coined a few months earlier, in Douglass Coupland's book, Generation X: Tales for an Accelerated Culture. Before this, the new wave of twentysomethings traveling downwind of the great cultural fart of the Baby Boom HAD no name.
Popular culture moved a bit slower in the days before the Electric Intertube. Most didn't even have laptops in 1992– Mac's first Powerbook had just been released– or even home computers, for that matter. Mobile didn't exist. Heck, I don't think I had even purchased my first Mac yet!  The Electric Intertube was there, but it was mostly limited to universities and brainiac computer geeks, who accessed it via snail-like 14k dial-up modems through clunky online portals like AOL or Compuserve. The counter culture, and there actually was one in 1992, wholly separate from the mainstream, spread through self-published zines and alt-weekly newspapers, both of which were in their golden ages. I was heavily invested in the latter, obviously. It was a fun time to be making comix! And I made them "old school." No Photoshop, no desktop publishing, just a pen and a piece of paper.

But the term "Generation X" didn't catch on right away. As I recall, the first reaction was: why would I want to be named after Billy Idol's first band? But catch on it eventually did.

The streetscape here, by the way,  is Coventry Road in Cleveland Heights, which was the epicenter of of the local Gen X counterculture and also of Cleveland comics. I had just moved to the Heights after buying the house I would live in for the next decade, site of the infamous "unheated attic studio" where I made the comix that would make first my name. Harvey Pekar lived in a brownstone at the end of the block pictured here. Brian Michael Bendis, who grew up nearby, was still in town. You could bump into both at the Arabica coffee house on Coventry, where I'd spend every morning swilling the infamously bad brew and writing in my sketchbook as I watched a cluster of Xers play hacky-sack in the courtyard outside.
So this strip here kicked off the Gen X humor that would fuel the strip throughout its Nineties peak.
Posted by Derf Backderf at 1:11 PM

Finally! The return of The Baron of Prospect Ave. 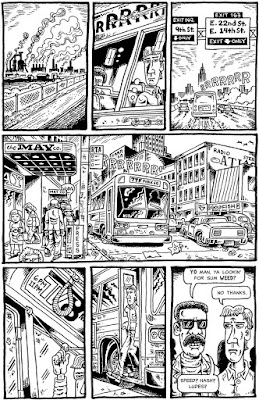 My webcomic is active again! Sorry that took a little longer than planned.

I started The Baron of Prospect Ave. webcomic in Fall 2014, got a dozen pages up, and then had to put it on sabbatical in early 2015 when I realized the deadline for Trashed was going to be a killer. I planned to pick it up again later that fall, once Trashed was in the can, but I was so whipped from 14-hour days, I just couldn't muster up much enthusiasm for a free webcomic. Then came the crazy Fall book tour which took me from San Francisco to Miami to Paris and many points in between. It never seemed to end. 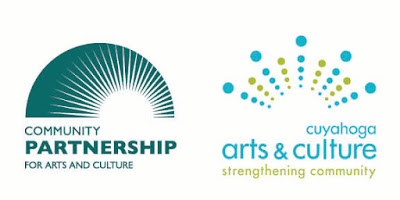 But I'm ready to fire it up again and post more of the further adventures of the Baron. And I'm happy to report that this project is now being funded with a generous Cultural Workforce arts grant! Here in greater Cleveland we fund our arts with grants to 40 artists every year, thanks to our nicotine addicts. I applied, almost on a lark to be perfectly honest, and was one of those selected. Even better, THREE of the 40 are comics creators! That's a great acknowledgement of the storied comics history of Cleveland. It's great to be a part of it and I'm flattered and proud.

There are a few changes in the story you should be aware of. I've re-done the opener, added a few pages, so you'll want to start from the beginning. I'll be adding a couple big splash pages down the road, too, but I just don't have time to punch those out before I leave for Angoulême.

And that's another thing. I'll be touring in France and Belgium for five weeks. I've got a few new pages of the story ready to post, so I'll do that from abroad. If I can. My webhost might be a little pissy about uploading files from outside the US. Blogger here certainly is. Last time I tried to do some posts from abroad, it wasn't allowed. No way to know until I'm there, so fingers crossed. When I return, I can be a little more productive. A new page every two weeks is the plan. I'll post here and on Twitter and Facebook whenever a new page goes up.

I have the whole first chapter written. Beyond that, very little. I originally looked at this as a storytelling experiment, more freeform than the method I use to make a book, where everything is tightly written before I start drawing. I just wanted something I could have fun with and work on a little at a time on the side. Well, turns out I'm not really comfortable with that. Guess I'm just not a freeform kinda guy.   I'll use my downtime in France to write the rest of it, probably sitting in a corner cafe in Paris. That should be fun. Just like Hemingway! Life is good, man.

One other change. I waffled on how to finish these pages. Punk Rock & Trailer Parks was, of course, just b&w pen work. No washes, no spot color, like My Friend Dahmer and Trashed respectively. I originally added some grey tones, but I've changed my mind on that. I don't want to get bogged down in file prep at this stage, so I'm just going to leave them b&w for now, just like PR&TP. Down the road, this will eventually see print and I'll add some tone. Frankly, I'll probably add full color. I've been inching my way in that direction anyways. But for now, just b&w.

As for the ultimate plan here? Well, like I wrote, it'll be printed at some point. Trashed started as a webcomic, too, for those of you who remember. I only got two episodes posted before Abrams grabbed it and had me finish it for them. My French publisher is already nagging me about The Baron, since Punk Rock & Trailer Parks was a surprise (to me, anyways) hit over there. But this is very much a side project, a labor of love. I'm just planning to have fun with it and not worry about commercial considerations. And since I'm getting paid for it up front thanks to the arts grant, how cool is that?

Posted by Derf Backderf at 1:14 PM 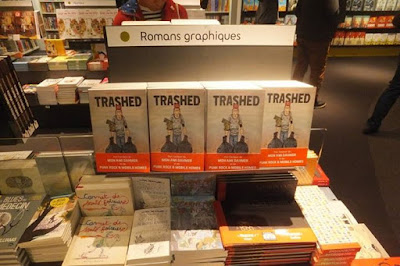 Here's the details on the upcoming tour of France and Belgium.