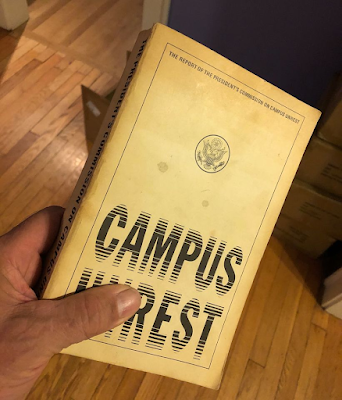 Here’s a gift I recently received.
This is an original printed copy of the Scranton Report, officially titled The Report of the President’s Commission on Campus Unrest, issued in September 1970, following June hearings. Produced by the US Government Printing Office. The report looks at all campus unrest during the 1969-70 school year, specifically the fatal confrontations at Kent State and Jackson State.
Although the Report naively believes a few of the many false narratives put forth by state and local authorities, and doesn’t follow up on what were later revelations, it was the original go-to document for the massacre. It is based largely on the earlier FBI Report on Kent State, which was remarkably blunt considering it was J. Edgar Hoover’s FBI, and was in 1970 employing the wildly unconstitutional, and still secret, COINTELpro against the antiwar movement.
The Scranton Commission was convened by Nixon, part of his Machiavellian scheme to deflect the political blowback coming his way from the Kent State massacre. The Report clearly puts the blame on the Guard leaders and strongman Gov. James Rhodes, describing the actions of the Guard on May 4 as “highly questionable” and “a disaster” and calls the shootings “unjustified.”
Rhodes, who had been a key ally of Nixon in the 1968 election, was furious and refused to accept the report or enter it officially into the state record. He was an oaf, but Rhodes was a shrewd politician who ruled Ohio with an iron fist. He was completely undercut by Tricky Dick, who had no more use for the governor, since he was to be term-limited out of power at year’s end and couldn’t run for reelection until after the 1972 presidential election. So Nixon shoved him in front of the bus. Couldn’t happen to a nicer guy.
This copy came to me from my pals at MacsBacks Books, who do my mailorder of signed copies. I had a pdf I used as source material.
“This should be with you,” Suzanne, the owner, told me.
Posted by Derf Backderf at 5:49 PM 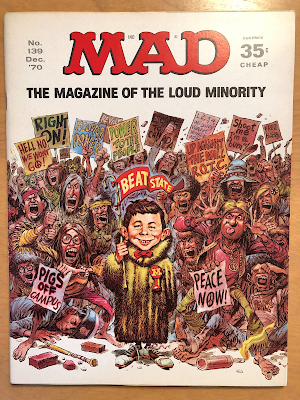 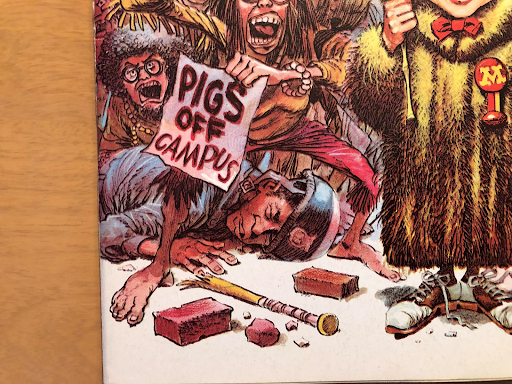 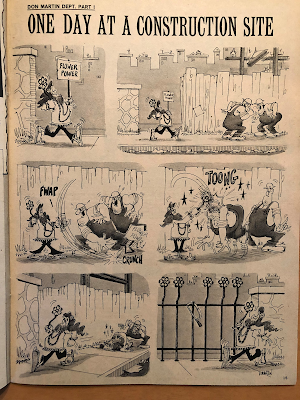 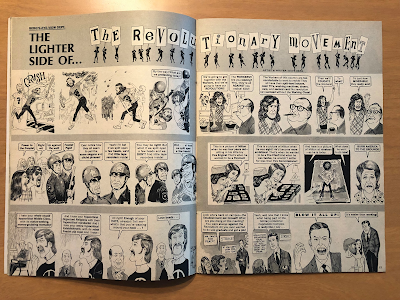 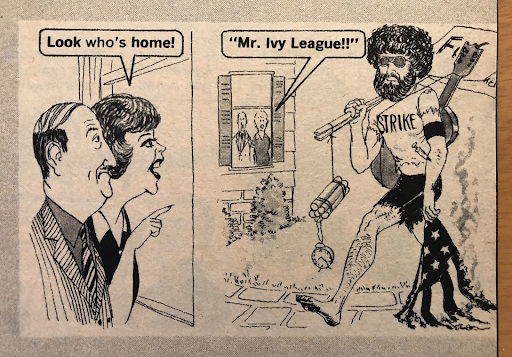