Another great passes. This is, sadly, a monthly thing as this generation of creators, maybe THE generation of creators, reaches the end. Nick Cardy is best known for lengthy runs on Aquaman and Teen Titans, and his all-too-short stint on Bat Lash, widely considered the best western comic ever done by a US comic company. From 1968 to 1975, he produced hundreds of gorgeous covers for DC. 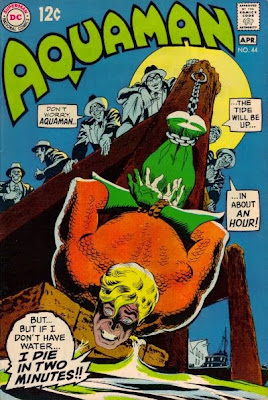 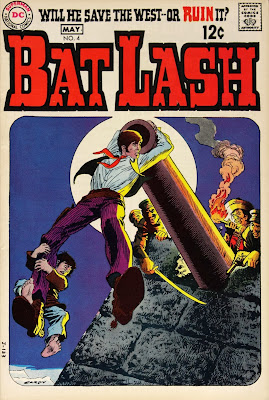 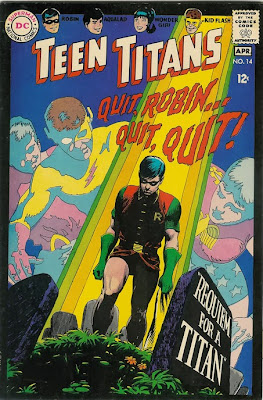 Of particular note, were Cardy's covers from 1968 to 1971, a period of unprecedented experimentation at stodgy DC. Publisher Carmine Infantino, himself one of the greats and also recently passed, reportedly did all the cover layouts for the entire DC line, then passed these on to Neal Adams or Joe Kubert or Cardy to finish. The dramatic perspective is classic Infantino, but just look at Cardy's beautiful use of shadow and that wonderful ink work. That brush was instantly recognizable. 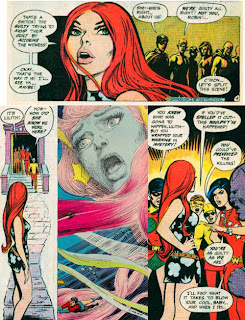 He was no slouch as a storyteller either! While not as wildly experimental as Adams or Jim Steranko, Cardy pushed the boundaries. His work on Teen Titans, which in the late Sixties morphed into a sort of super-hippie commune, is well worth checking out. The stories are hilariously earnest, too. 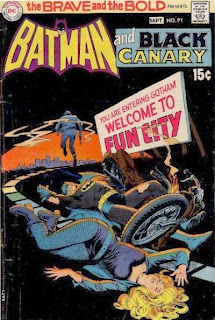 My favorite Cardy cover (and interior) above. One of the first comic books I purchased.

Posted by Derf Backderf at 3:00 PM