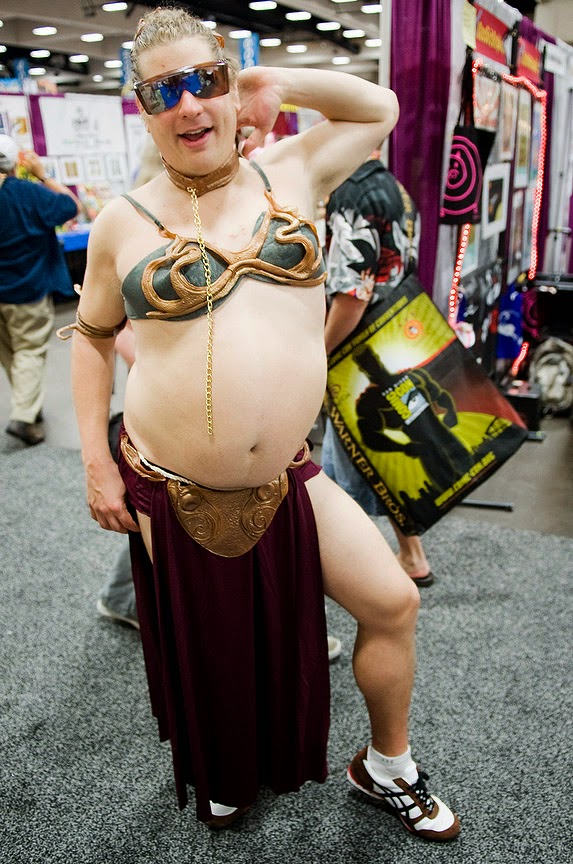 I've never been to Comicon.

Weird, I know, because I've been around a while, but I've never made the big trip to San Diego. The reason was always dough. A cross country flight, a week's hotel stay, food, shipping my books out there, paying for table space.... ugh. A quick total in my head came to an easy four grand. I'd have to sell a shitload of books to even come close to breaking even!

So I've always opted for other, more logical choices for my con budget: SPX or MoCCA or TCAF. The year I should have gone to San Diego was 2003, when I was up for two Eisner Awards. But I didn't think I had much of a chance (I didn't) and that's a long way to travel just to lose!

Seems like something I should do at least once in my life, though. Sadly, I may have missed the boat, since Comicon isn't really about comics anymore, and hasn't been for some time. It's about product now, specifically the latest shitty film-tv-video game-toy line product being rolled out by Disney-Marvel or DC-TimeWarner.

My publisher didn't feel it was worth the expense to take me to San Diego on the My Friend Dahmer tour. That was a disappointment. It's all about Hollywood anymore, I was told, which is something I've heard frequently over the past decade. So I was sent to library conventions and book festivals instead. That seemed to work out very well, so I can't fault them. 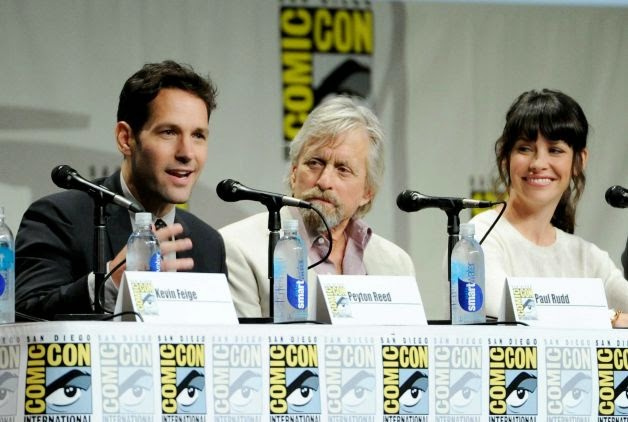 This year's big event at Comicon, according to reports, is the reveal of the Antman cast (above), including the big surprise: Evangeline Lilly. Apparently starring in the dog Hobbit franchise hasn't done enough for her filmography, so she's moving on to one of the lamest super-heroes ever created and what looks to be a laughably wretched turd of a film, even by superhero standards. 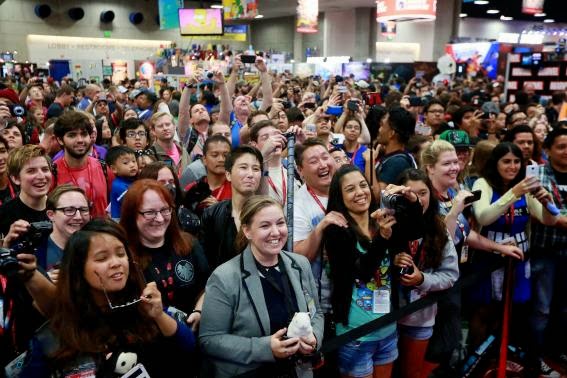 But hey, the fans lap it up. Here's the crowd for the Antman panel. If that's your scene, great. I don't get it, but I'm a cranky weirdo.

The creators get lost in the crush, especially in San Diego. Everyone who I know that attends does nothing but bitch about it. I wish I'd gone to San Diego back when I still cared about mainstream comics. Should have aimed my beater car west and made the long trip. I hear it was great fun. Looks like I missed the boat. 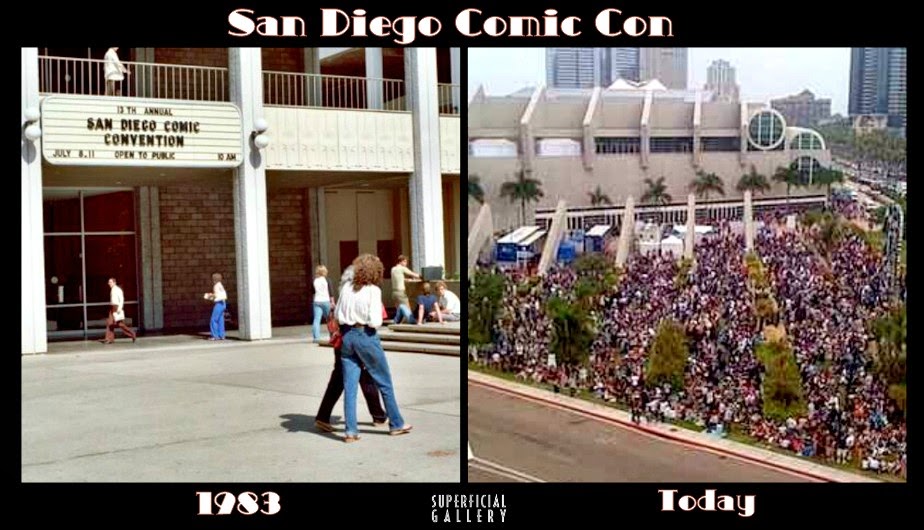 I go to cons to buy books and meet people. Before the intertube,  back when I was a fanboy myself, this was the only way to build a collection. My first big con, the Cleveland Comicon in 1975, I bought a NM copy of X-men #1 for $20! That later paid for a trip to Europe! And it was a thrill to meet the heroes who wrote and drew the comics I loved. Unfortunately, that was often disappointing. At that same 1975 con,  I met Marvel star Len Wein.... who signed my copy of Hulk #181 (that also later help fund another trip to Europe) as "Stan Lee"... then turned and walked away! I regaled him with this story at C2E2 last summer and he winced and laughed.

As a creator, my experiences at mainstream cons hasn't been particularly pleasant anyways. 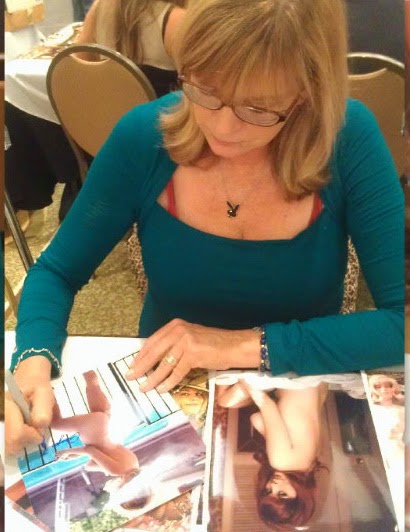 My first one, many years ago at the Pittsburgh Comicon was a disaster. My table was just down the aisle from the aged Playboy Playmates, who were signing prints of their centerfolds for sweaty guys who used to beat off to them. The line of middle-aged horndogs stretched all the way down the aisle and completely cut  off traffic to everyone else. All the unlucky exhibitors in this locale bailed after one day. The Con promised to correct the bottleneck in future years, but I haven't been back.

At Mid-Ohio Con in Columbus, also many years ago, I was tabled next to Greg Horn, a mainstream cover artist known for his photo-realistic cheesecake. More horny fanboys, who frequently massed in front of my table in order to get a look at Horn's offerings. A few glanced through my books with bored looks or scowls of contempt. One dude put down his giant soda pop on top of my books, sloshing some onto a copy, so he could reach over and grab one of Horn's posters! The dude actually got offended when I shoved the soda back into his grasp and barked at him! I bailed after one day at that con, as well.

After Mid-Ohio, I swore off mainstream cons and concentrated on indy cons. These have always been rousing successes for me. And I come away inspired and feeling good. After a mainstream con, I just want to take an hour-long shower. But My Friend Dahmer changed things, and I started getting invites to the big cons.

They treated me very well at C2E2 in Chicago last year. I gave my slideshow talk, followed by a signing with a long line. Very nice. But I only stayed the afternoon, then split to have fun in Chicago with friends. That's the way to do a mainstream con!

New York Comicon, on the other hand was a nightmare. This monster has become as big as San Diego, but air fare to NYC is cheap and I had places to crash, so I thought what the hell, why not? Blech. This big cons are SO corporate now, as the giant Justice League Diehard Tools display demonstrated. The crowd, some 750,000 over five days, was crushing, and the whole thing just dripped money. It was all video games and movies and tv. Artist Alley, some 500 artists, was one derivative creator after another, all looking like they came squirting out of the Joe Kubert School one after another. There were a handful of indy guys, most of whom lived in NYC, and a couple old-timers I was delighted to meet, like Herb Trimpe, but mostly it was a colossal bore.

But SPX is a little over a month away!